VIENNA THROUGH A CAMERA LENS 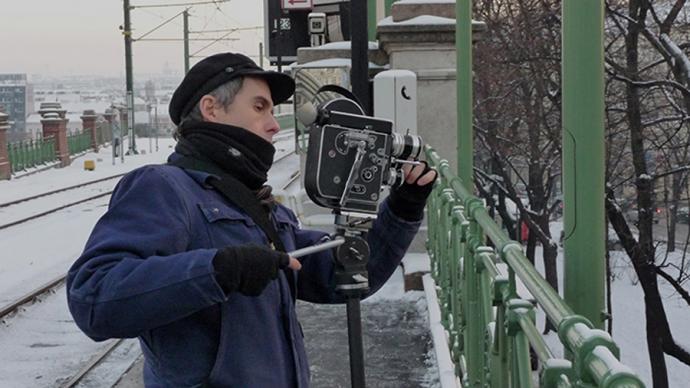 On a late afternoon, a man stands alone in the square in front of the Ferris wheel. There are not many people in sight, just ruins and a big empty space around him. Suddenly, another man approaches slowly - a friend from long ago. They both go for a ride on the Wiener Riesenrad, constructed in 1897 and still one of the most famous tourist attractions in the city. As they talk, a view on postwar Vienna comes into sight.

The famous scene from The Third Man, probably the most well-known international film shot in Vienna, offers viewers a rare insight into the historical Prater. The first meeting between Harry Lime (Oscar Welles) and Holly Martins (Joseph Cotton) captures the eerie atmosphere of postwar Vienna. Today, you will not experience Vienna's Prater in a similar fashion. The noisy roundabout is always full of traffic and the bustle of the train station at Praterstern is nearby. Day and night, people go to the Prater for the amusement park, food, or dancing. 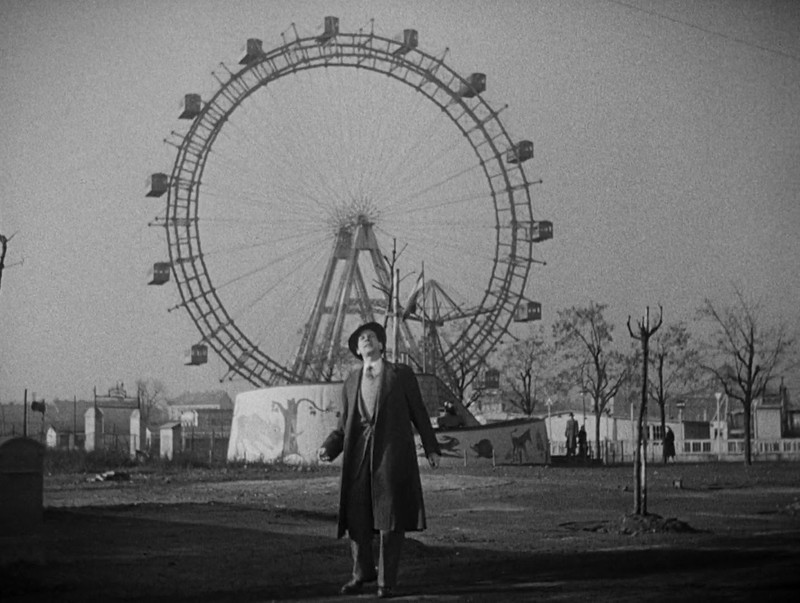 Still from The Third Man at the Ferries Wheel in Prater

Films can be a way to get a first glimpse of your next travel destination. Through their narrative perspective, they portray urban spaces and view city life through the somewhat curious, voyeuristic lens of a camera. Visitors to a city often want to go off the beaten track, but find themselves walking in the steps of the thousands before them. Classics like The Third Man or historical films can give you a different take on Vienna's history that you otherwise might have missed. They can add a new perspective on places, impart forgotten stories, and make its history come alive.

One of Vienna's most famous and well-preserved coffeehouses was a location for the film A Dangerous Method by David Cronenberg. The film portrays the early days of psychoanalysis and the relationship between its pioneers Sigmund Freud and Carl G. Jung. In a short scene between Freud (Viggo Mortensen) and Jung (Michael Fassbender), the two men sit in Sperl Café in the 6th district over a piece of Sachertorte and a cigar, a potential scenario that could still be seen today, as Vienna is the last bastion of public smoking zones. 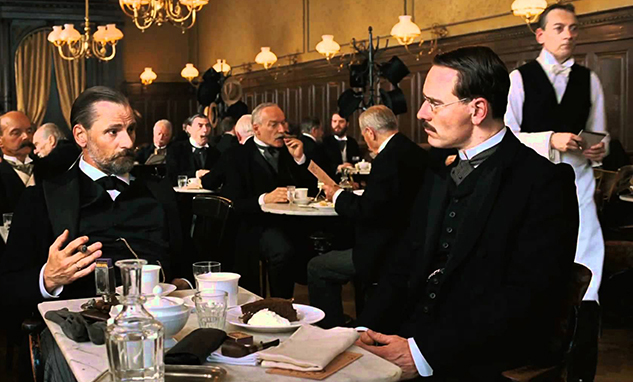 This year, the most-talked about film production in Austria was Mission Impossible: Rogue Nation. An international criminal organization attempts to shoot the chancellor of Austria at the Opera House. The historical theatre became the background for the spectacular fight between Ethan Hunt (Tom Cruise) and the assassins. A harmless flute turns into a deadly weapon and the traditional production of an opera is shown as a high-tech machinery. The meaning of “the magic of theatre” adopts a new dimension when the actors jump over stage frames and rappel down the roof. 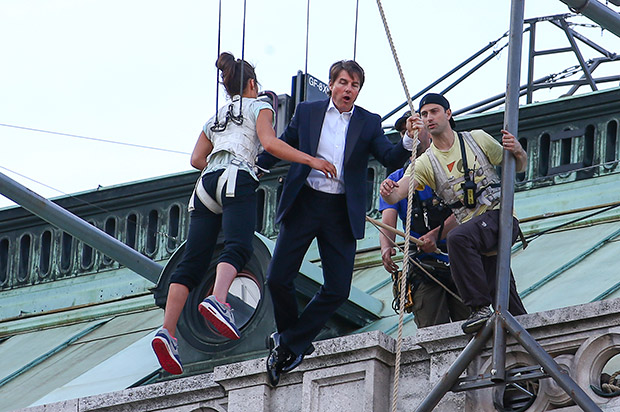 Tom Cruise rappel off the room while shooting Mission Impossible 5

Vienna is a backdrop of many recent Hollywood productions but it is a little known fact that the city was an important place for the international film business before the establishment of Hollywood. Production costs to shoot in the city during the 1910s and 1920s were rather low and attracted all different kinds of productions. A lot of actors and directors who later went on to Hollywood learned their skills in Vienna, especially artists from Eastern Europe like Manó Kertész Kaminer, who later directed the all-time classic Casablanca under the name Michael Curtiz. 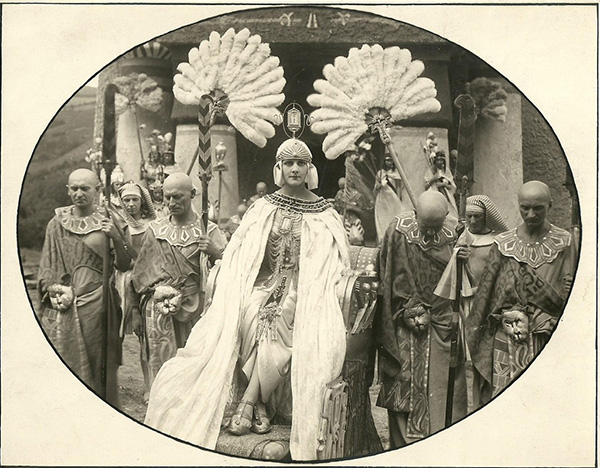 Still from Sodom und Gomorrha, 1922, fimed at Filmstadt am Laaer Berg in 1230 Vienna

In addition, a lot of Yiddish films were shot here.  Around 1920, there was a real hype about Yiddish film productions in the city. Unlike Yiddish theatre, the films attracted an audience from different backgrounds. Many combined semi-documentary elements, showing a Jewish wedding for example, with entertaining stories and elements of folklore giving viewers an insight into Jewish culture in Vienna and other parts of Europe. East and West, starring comedian Molly Picon, portrayed questions of Jewish identity in a light-hearted comedy. The story of a spoiled American girl falling in love with a young yeshiva scholar was a huge box-office success. 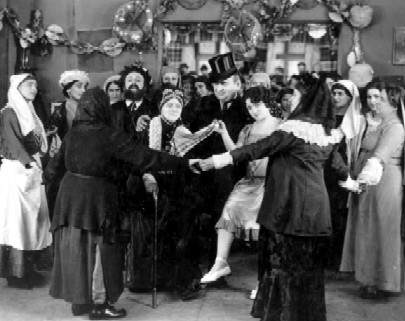 Vienna seen through a camera lens offers a different view on the city – sometimes opening our eyes to forgotten facts. From now until Christmas, we want to give you a closer look, giving you hints about the city's hidden spots or tell you long forgotten stories about famous buildings, giving you an insight into Vienna most visitors never experience. The city is full of architectural curiosities, peculiar histories, and wondrous stories waiting to be told. From historical buildings to a secret room for the emperor to hidden Yiddish culture and multicultural places, the city’s complex and versatile face will be slowly unraveled.

If you are interested in discovering more about the all-time classic The Third Man, check out the guided tours in our event calendar.

Take the opportunity to compare the filmic perspective to your own experience and begin to discover our Vienna!

Our top 5 of films shot in Vienna:

A short Horror film: Vienna waits for you, directed by Dominik Hartl 2012, gives yuo a nice insight to Vienna's atmosphere :-)

Prater. Hauptallee, 1020 Wien. Start at U2 or U1 station “Praterstern” to discover both the amusement park and the public park.

Looking at all those Vienna’s hidden spots is just so great. Will surely make a visit to Vienna to see all those spots.