×
EVENTS (When) PLACES (Where) BLOG (What)
ABOUT US CONTACT US COLLABORATE
LOG IN ADD EVENT
Fashion in Vienna: 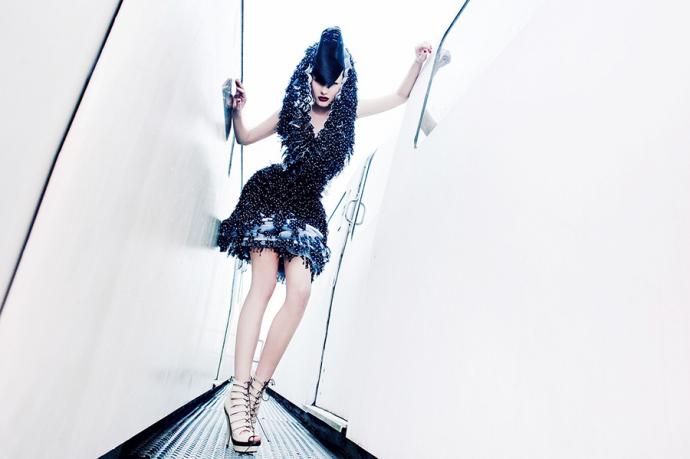 On a chilly afternoon in early autumn I step into Sandra Bamminger's studio situated in Vienna’s 15th district. It is a wonderland of unusual fabrics and materials of all shapes and sizes.

Bamminger is an Austrian textile artist who studied womenswear at Central St Martins and specialized in millinery later on. After graduating, she remained in London for almost ten years to work on costumes for theatre and dance performances. Currently based in Vienna, Sandra teaches fashion at Die Herbststraße (fashion and arts school). She is also involved in various art projects which include textile modifications. Her spontaneous approach to fashion and inexhaustible will to reinvent herself are also reflected in the surroundings of her studio. Sandra invites me into her eclectic world of hats and extravagant clothing and reveals how her artistic vision comes together. 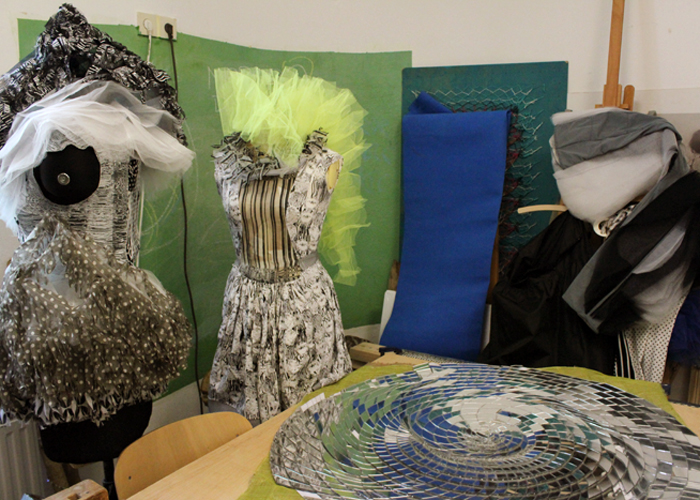 Alexandra Vaduva: How did you get interested in fashion?

Sandra Bamminger: You can say it was by accident. I come from the Upper Austrian countryside which can be a bit conservative and narrow-minded at times, especially as far as fashion is concerned - you have to be careful how you dress. But I was always interested in styling and in creative things. 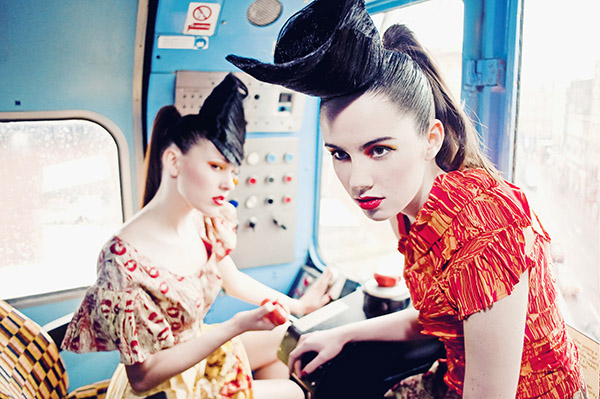 I went to England initially for one year in order to do a Foundation Course in Art and Design. Afterwards, I was supposed to come back to Austria to study architecture. But while I was in London I became really interested in textiles and textile installations. and decided to study fashion design. When I applied for Central St Martins and got accepted that was it - because once I had begun studying womenswear at St Martins, there was really nothing else in my life. I was doing fashion almost 24 hours a day.

AV: How and when did you decide to concentrate on millinery? Does it perhaps have anything to do with living in London?

SB: My interest in millinery came as a direct result of the materials I was using back then. When I started doing fashion, I was researching how to create unusual silhouettes. I came up with this idea of making kinetic skirts and dresses, in other words clothing that responds to the wearer’s moves. This idea came to my mind also because I was working with dancers quite a lot. The fabric that I was using is incredibly stretchy, it’s called crinoline and it’s utilized in hat-making. Somehow, I had always known that, but I wasn’t really interested in it too much at the beginning. However, after a few years of working with the material, I wanted to find out more about hat-making, so I started courses in traditional millinery.

AV: After your graduation from Central St Martins, you also stayed in London for a while.

SB: Yes, I stayed in London for around ten years. I worked on my own label and created costumes for theatres, performers, musicians. I also designed complete collections, but I didn’t really do any fashion shows. I was more interested in art projects, like story shoots with different photographers.

AV: How and when did you decide to come back to Austria?

SB: I moved back when I realized I wanted to have more free time. I wanted to have weekends and evenings for myself, but it didn’t eventually turn out that way. So now I am doing a teaching degree at Die Angewandte and I am also teaching at Die Herbststraße, while focusing on other future projects. 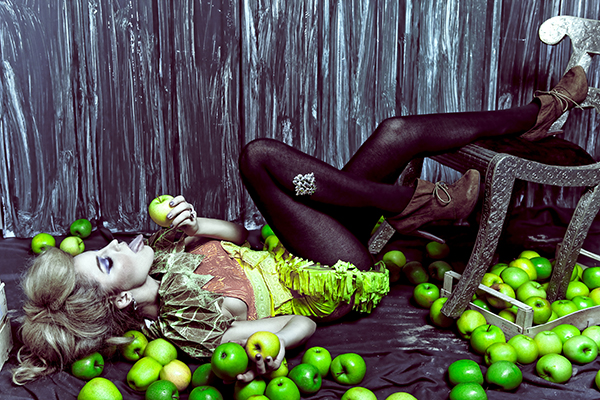 AV: What do you think are the main style differences between the fashion scene in London and the one in Vienna? Did your designs change after moving back to Vienna and if yes, how?

SB: London is more eclectic. You can notice a greater mix of tastes and there aren’t many rules as far as fashion is concerned. You can pretty much wear whatever you like - people aren't likely to stare at you. In Austria this is completely different. I feel that here you have to remain on the neutral side and it’s also a lot more commercial. Of course, there are many new shops here already and there are a lot of new ways to get your clothes out there as a designer, but the clientele is limited. Buyers go through different phases. London is more international, people come from all over the world and their tastes mix up beautifully. Also, people tend to do more research; they want to stay up-to-date with designers' newest collections. In Vienna it’s not really like that yet, but maybe it will get there one day.

AV: Also, Vienna is not the best city to wear hats, is it?

SB: No, because nobody is really interested in hats. I wanted to be more active in millinery here but it’s also hard to get the materials. You usually have to order it from the United States or from China and it always gets stuck in customs. Also, if you get a commission, most of the times the person needs the item one or two weeks later, so you can’t really make it happen in time. Another downside is that there’s almost no market for it. There are a couple of hat-makers here that have been active for a long time, but they also make really traditional pieces. In England you have a long history of wearing hats for weddings or for horse races. There are certain events where you are actually not allowed to get in unless you have a big hat. That's the thing - hats need to be as big as possible. You have to make a statement! 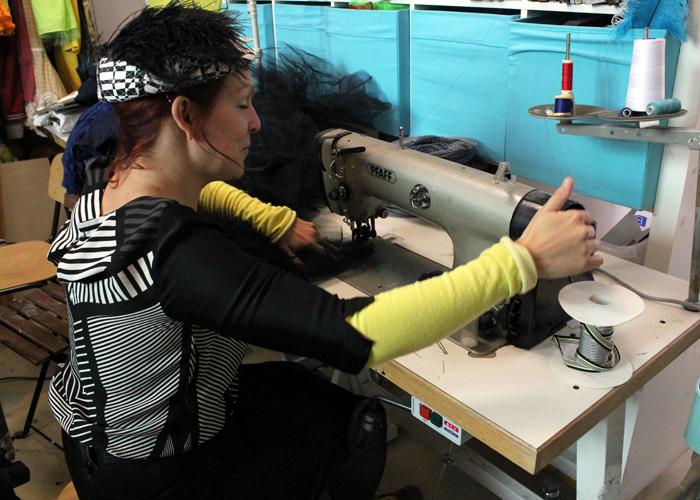 AV: Where do your ideas come from? How does the creation process start?

SB: My ideas are influenced by things I’ve done in the past. I always create big sketchbooks and then I look through them again later on. It’s very evolutionary, because I try to achieve something I couldn’t achieve at a certain point in the past. Sometimes, I find a new material that might fit a certain concept better or a totally new production technique, so it kind of rolls along. My styling is mostly an eclectic mix of putting many things together. It’s what you may not want to do when you go on the underground in Vienna, because people would stare a lot.

AV: Do you have a favorite café or place where you like to hang out in Vienna or one that you find inspirational?

SB: Got me on the back foot! I don’t really go out that much anymore. I tend to work a lot and it’s quite solitary, so when I'm not working maybe I should go out more (laughs). But I just found out there’s a school for helping under aged refugees to get qualifications so they can actually enter the Austrian work market and that’s just down the road from my studio (editor’s note: Café Prosa and PROSA Schule at AHS Rahlgasse). It’s a very friendly place and lately I’ve been talking to them about doing some textile projects there. They also have a café where people usually hang out.

AV: Can you suggest a place in Vienna where really extravagant outfits could fit in very well?

SB: I’m not really sure – usually some of the good places are Mumok and Kantine (MuseumsQuartier). People tend to be a bit more open-minded around that area than in the rest of the city.

AV: Is there any accessory that you think can improve a whole outfit? What catches your attention first when you look at the outfit of someone passing you by on the street?

SB: For me it’s important how it’s all put together. I don’t like it when items of clothing are too matchy-matchy. I like a bit of mix and match. I don’t like when people wear the same colour from head to toe. Shoes, bags, and crazy hairstyles do the trick mostly.

AV: What’s on your iPod, movie list or bookshelf at the moment?

SB: I have several hard drives full of music. I usually play the tracks randomly and then I make playlists with the ones I like most. I go through phases when I just want to listen to music that I know already while at other times I just want to listen to new songs I’ve never heard before. FM4 Sunny Side Up is my personal tip - they’re playing good music that is beautiful to wake up to on Sunday mornings. Also I’m really into series. I just finished watching Treme – it’s about how musicians made their living in New Orleans after the floods. It’s somewhat of a documentary with lots of great music in it. 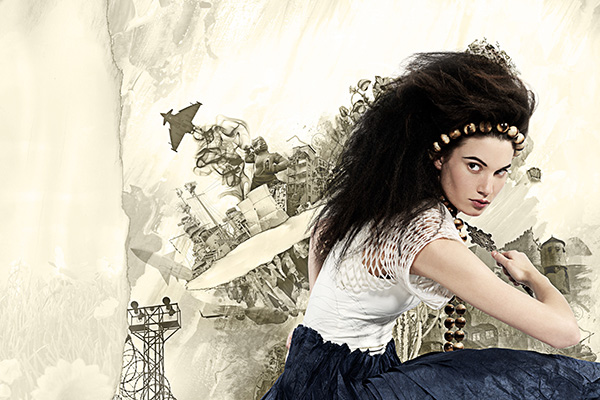 AV: How do you see the evolution of the fashion scene in Vienna?

SB: I have seen a change in terms of people buying fewer clothes, but spending more money on specific items because they know they have been produced in fair-trade conditions. I hope this circle will widen and that younger generations will grow into it. Maybe this doesn’t necessarily have much to do with the sense of fashion but rather with believing in equal opportunities and fairness in general.

AV:  Do you have any future plans or projects?

SB: I have made some installations out of mirror pieces cut using new laser technologies. I’m excited about trying new things and that will always keep me occupied. So at the moment, I'm focusing rather on art projects but I’m willing to expand to other domains. I also have plans of going back to London more often. That’s also an immense source of inspiration every time.

Sandra Bamminger teaches Fashion Drawing at the VHS and from mid October offers art course at the Café PROSA, which is a part of the "Bildungsinitiative Österreich" association that offers education, housing situations and psychosocial assistance for refugees. Bamminger's textile workshop takes place every Friday from 9:00-12:30. During the workshop, students can paint and draw using different techniques and materials, and also create various cards, masks, mugs, among many other decorations.