THE SOUND OF THE STREETS 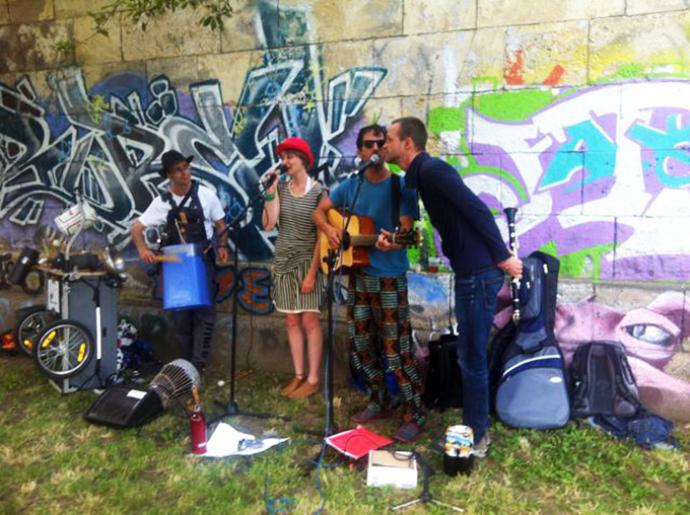 Vienna could be described as a kind of “Mozart Theme Park”. It is almost impossible to find a souvenir shop without a figure of, or some reference to, the famous composer; or to walk through the tourist areas without being approached by locals dressed as 18th century noblemen, selling tickets for the Opera. However, you do not necessarily need to empty your wallet to enjoy a good classical concert, or any of the other types of music which are represented here ̶ or, on the other hand, to get lost in the streets looking for an underground live music venue (even if that can have its own attractions!). After all, just as tourists are attracted to Vienna by its music scene, so are musicians, many of whom can be found playing on its streets.

From singer-songwriters to bands who bring with them their original instruments and the sounds of other continents, to students and graduates from music academies all over Europe, the diversity and quality of street music on offer in Vienna is undeniable ̶ but what is it that attracts all these musicians to playing in Vienna's streets? “As students of the cello in the conservatoire, playing in Vienna is a sort of must do”, explain the French couple Adrien and Elsa, after performing Haydn on the Graben, in Vienna's First District. “Vienna is one of the best cities to play in”, adds Adrien. “We play here as we play in the streets of Venezuela, except that we don’t get [on] the public transport”, laughs Ronald, Cumbia performer. “I don’t play for those who throw a coin after staying for two minutes, I play for those who dance, those who move their bodies, because those are the people who enjoy our music, who make us keep going”. “Many of us play in the street for pleasure, because we want to share our passion with the people”, says Jarmila, a Slovakian guitarist and singer who comes to Vienna every week to play in the city’s streets. “To play music in the street is to bring the art, the music directly to the people”, believes Marlies, a choir and jazz singer, now a member of the Austrian band 3 Knaben Schwarz.

If you are lucky, you can even experience a magic moment that can happen only in the streets: the musical conversations between performers, jamming together just for the love of music, just for the sake of art, the absolute pleasure of creating a unique piece. “While being in the street with my guitar, I had the amazing opportunity to create duos with flutes, violin, or djembes. Musicians would just stop by and ask if they could join for a bit, creating unique moments, and giving you strength to keep going” says a smiling Jarmila. “People tend to think classical music is old school, we try to renew this image, showing it is not at all boring or slow”, explains the 24-year-old Elsa.

So, next time you see a musician in the street, instead of just hearing the music, stop and listen: the performer, or performers, have travelled to Vienna because they have something to say. Listen, and your mind might just travel to another continent, or even to another century. Accept the gift of musical art. After all, who knows where the next musical genius will be found…