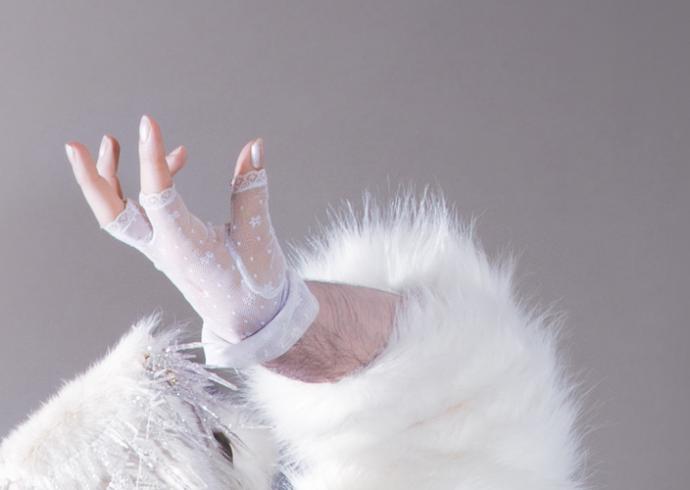 Dutzi Ijsenhower, the founder of Club H.Ø.D. was born in Cologne, the city famed for the biggest street carnival in Europe. Since he moved to Vienna, 8 years ago, he has been involved in organising many great parties such as Rhinoplasty, Gender Crash and Klub Mutti to name a few. His passion, for telling and hearing a good story found a perfect creative outlet in Club H.Ø.D. He is the Snow Queen on January's page of our calendar.

"I chose to represent January because it’s the first month of the year and therefore the first calendar sheet. Being on this sheet is basically the pole position of the calendar. Since I’m the head, organiser and reigning queen of Club H.Ø.D. it’s suitable for me to kick off the year. Especially when I’m dressed as a beautiful and powerful being such as the Snow Queen! Nobody knows what the new year -2016- will bring, so it’s a good idea to start it with a powerful bang.

I grew up with very wet and grey winters and it’s no wonder that I love winter landscapes with snowy hills, icicles, frozen lakes and of course SNOW. I love snow in every colour: crystal white, icy blue as well as steaming yellow. I even like the dirty brownish snow of the cities that often turns to sloshy mud. Actually to be honest, I’m a huge fan of those black snow clumps you can find in Vienna up until April on the side of big traffic junctions. To sum it up: I love snow. And I wanted to represent that affection. 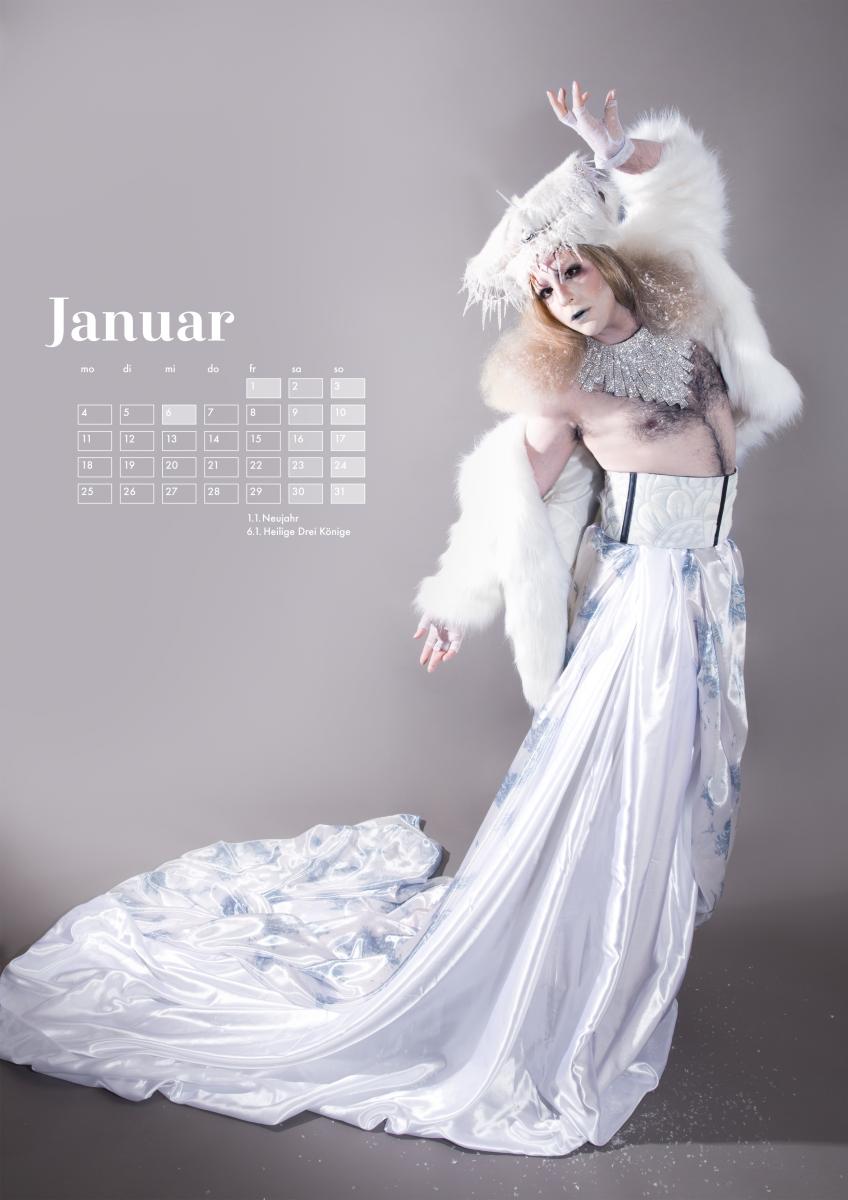 Aside from snow, January represents a new beginning to me -the first month of the year- in this new year everything is possible. Everything feels fresh, shiny and new!

What beautiful and strong character would be more appropriate for representing winter than the Snow Queen!? She’s magical, strong and beautiful. Her looks hit your eye and your heart. She will hijack you and take you to her magical land of eternal winter. I don’t want to hijack you literally, but I will hold your heart hostage when I take you through the night at Club H.Ø.D. with all its wonder, beauty and entertainment.

My costume is a drag-y version of the classical Snow Queen. I wanted it to feel luscious, rich and part of a fairy tale. My Snow Queen is cold, mysterious, untouchable and a little bit crazy. To keep me warm I wear a pelt and a fur as well as my own chest hair, which I don’t shave even when I’m in drag. Fur and icicles on my head are my crown. Like the reflections of the sun hitting snow on the ground, I’m decorated with icy diamonds made of rhinestones. The make-up is light, the lips are barely there. A blue shimmer suggests a freezing breath coming out of my body. The outfit turned out looking very Russian, but that happens sometimes in winter to me. My pose looks like a part of a dance. I dance like a snowflake in a winter storm high above the clouds".