THE NIGHT OF THE WITCHES 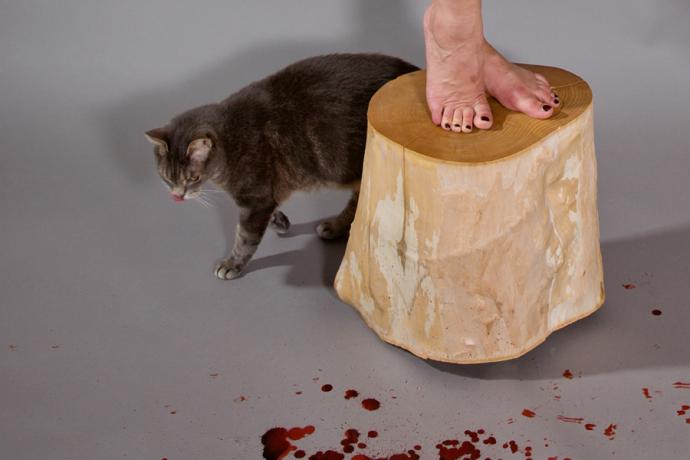 The Month of April stands for weather conditions, which can change fast and mix in extraordinary ways. It perfectly represents me, Denise Kottlett. At its end on the April 30, the Night Of The Witches or Walpurgis Night becomes a visual translation of chaotic, shifting moods, simultaneous appearance of different figures and identities, historical and cultural symbols and the connection between the dead and the living, night and day, winter and summer.

Walpurgis night converges with one of the most important Celtic festive night, Beltane, which was celebrated in various forms in its long history. It developed through centuries drawing on various influences from different areas inhabited by the Celts. It was later adapted by violent Christian hegemonies in Europe, thus becoming the famed Night of the Witches.

The goddesses* of spring unify with the goddesses* of summer on that night. Before the blooming and opulent month of May comes ending of winter, in pre-Christian times people excessively celebrated the night before first of May with bonfire, food, booze, music, dance, sex and noise, to cast out winters deprivations and celebrate the beginning fruitfulness in orgiastic manners. For Celts it was one of the most important nights followed by the beginning of a new summer, and The Night Of The Witches was celebrated all over northwest Europe. Women* (named in German “Hagazussa” – a fence rider) and men* which had special spiritual skills, knowledge and power, performed rites, between the human and the spirit world, prophesied people's future while huge bonfires were lightened to farewell the long darkness and the cold of winter.

Christianization banned the celebration's practices as pagan, defamed the Hagazussen and many other spiritual, queer and not normative persons as evil witches collaborating with the 'Devil' himself. Soon the bonfires became stakes with Witches* used as a burning material. From the original practices mostly the assimilated and therefore destructive parts are remembered until today, and springtime fires became far too often a symbol of burning all 'evil'. 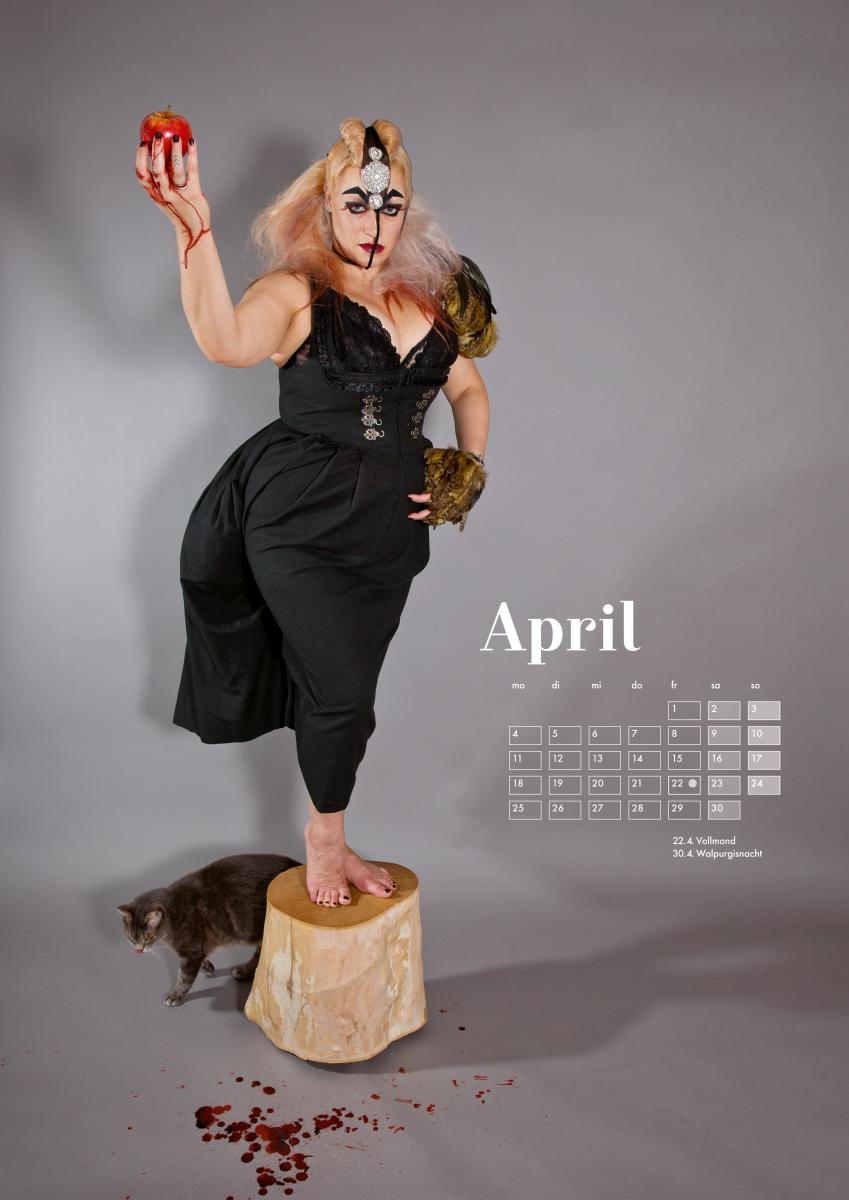 In my photo I stand barefoot on a piece of log, symbolising the fallen holy trees of the Celts as well as a stake on which Christians burned Witches*. I'm wearing black lace, one of my favourite amorous fabrics under my black folklore dress that refers to my descent. I gave the dress a tighter shape with needles and put more lace underneath it to accentuate my bum. How else to look and feel more sexy in this originally clumsy folklore piece?

The main focus though I put to the styling of my head. Thin net is covering my whole head and face in a very delicate way. As a kind of fragile and sensual mask the net creates a shimmer of night mixed with fire reflexes. Flickering light changes facial expressions of a person, and masks can make you appear in many forms and transmogrifications. The application on my head symbolises the bonfires reflections. I choose silver to symbolise the light of a full moon, which is a reflection of sunlight. Celts used to have a very unique and strong cult of the human head. It was the most important part of the body, of your own body, of your friends’ or foes’. Celts used to behead dead bodies to take over the strength and wisdom of their enemies and loved ones. Hostile leaders heads were kept safely embalmed for a long time. Nowadays you would call it a fetish. A severed head was a guarantee that the dead person will not return from the realm of the dead. Amulets made out of cranial bones were often worn.

The Hairdo is inspired by horns. In my right hand I'm holding a red apple, the Celtic meaning is wisdom and knowledge as well as the ability to overcome death and stay young forever.

You can search for more materials and codes I used as symbols and their various meanings, there are some more..... or you can switch to the next Witch*!