English films and theatre in Vienna 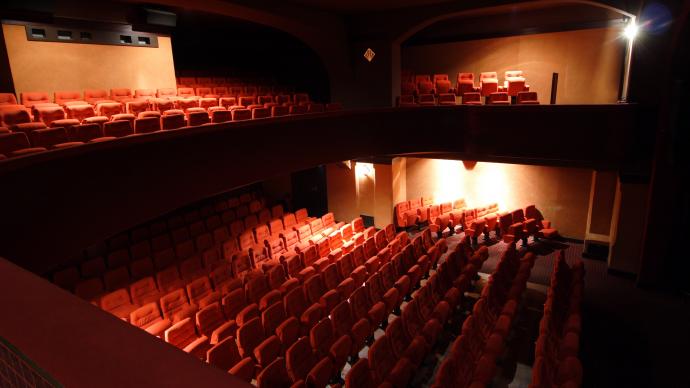 When I moved to Vienna from Bonn several years back, I was happy to discover a lot more options for movies and theatre in English. The downside to indulging in all this English entertainment is that it hampered my somewhat haphazard efforts to learn German. So while it is tempting (and relatively easy) to lead a largely English life in Vienna, simply because many are willing (if not eager) to practice their English, do make deliberate efforts to try out your German whenever you can.

Seeing movies in English – or with at least English subtitles

Many English-speaking newcomers soon discover the Artis, Burg and Haydn Kinos for English-language movies. But there are other cinemas scattered throughout the city that at least sometimes offer original language films (not dubbed into German). There are plenty of independent cinemas in Vienna: some focus on “art-house or foreign language” films that never make the bigger cinemas, and many continue to show first-run films that you may have missed when they were first released. Some such as Top Kino and Schikaneder double as bars and cafés. Others worth noting are Gartenbaukino (the headquarters of Viennale Film Festival), Stadtkino (famous for independent film distribution), Film Casino (with its amazing retro interior) de France and Votiv Kino (with its great Filmfrühstück - breakfast and film - programme). These cinemas are often located in neighbourhoods with interesting bars and restaurants.

How to find out what’s on?

Well, learn enough German to navigate the drop-down menus on this cinema website, remember to specify OV (original version), and get the day’s listings, even by time slot. You can also subscribe to email newsletters of cinemas that show the type of films you like and get advance notice of showings. But pay attention to the abbreviations.

• Original Version (OV) means the film is shown in its original language (no dubbing). OV Films originally made in languages other than English (& German) will be shown in that original language, usually without subtitles. If there are any subtitles, they will likely be German.
• OmU stands for is original mit/with Untertitel/subtitles, which usually means German subtitles).
• OmdU more specially means mit/with Deutsche/German subtitles.
• Occasionally “foreign language films” will have English subtitles (look for OmeU —original mit/with English subtitles). You are most likely to find (OmeU) at Film Museum showings, and the Viennale film festival in October/November each year.

When Vienna’s International Theatre closed its doors mid-2012, several of those involved joined with other professionals to form the new Open House Theatre, my personal favourite, and not just because I volunteer behind the scenes on some of their larger cast productions. OHT prides itself on producing an interesting and varied range of quality theatre, and commendably provides opportunities for those starting out. They also offer educational programmes for schools. Worth checking out (and free!) is their Open Mind Series—which offers staged readings of selected scenes from six plays (three on each of two different nights), with the audience voting on what they want to see performed next season. OHT plays at different venues, all easily reached by public transit. This happily exposes me to new areas of the city, and different nearby eateries. Tickets are affordable and can be booked on line or by telephone.

Vienna’s English Theatre (VET) celebrated its 50th anniversary in 2014. The theatre is a short walk from the U2 Rathaus stop, and has a small bar café with sandwiches and wine. The season runs September through early July, with some 6 to 8 productions from recent Broadway and West End repertoire to theatre classics, with a mix of mystery, drama and comedy. Most productions run several weeks, although specials such as Chicago Second City or the English Lovers (see also below) have shorter runs. It is possible to subscribe: the more you commit, the cheaper things work out. With an unpredictable schedule, I get the most flexible subscription: 5 productions of my choice over two years. For a friendly bite to eat before or after the theatre, try the reasonably-priced Pizza Verdi just around the corner on Langegasse.

If you want to try treading the boards yourself, or have offspring who are budding thespians, then look into Showtime, just across the street from VET (and related to it). Showtime offers after school and summer English workshops in acting, dancing and singing (even Glee!) – as well as adult acting workshops, also in English.

Hidden away on its namesake street, kitty corner to the main Post Office at Schwedenplatz, is Theater Drachengasse – a small performance space with a couple of stages, a bar, and a cloakroom. (Coat check is mandatory, so do arrive in advance of show time). Those who like improvisational (“improv”) comedy can catch the English Lover’s Late Night Theater Jam on the 2nd and 4th Fridays of each month at 22:30/10:30pm. Improv solicits audience participation: calling up ideas for skits and and intervening in their plot twists. So expect a lot of silly and exceedingly enjoyable humour from this talented company, complete with improvised piano accompaniment, integral to their hijinks. The 10:30pm timing is ideal for those wanting to do something after dinner with visitors who don’t speak German. The English Lovers do a special show (closer to 8pm) at Christmas and sometimes other times of the year. Do heed the website advice to book ahead: the space is small and school groups can often fill the entire room.

At Drachengasse, I have also enjoyed many productions of the vienna theatre project, which also performs elsewhere in the city. Drawing from a pool of Vienna-based actors, the project offers a wide range of first-rate contemporary plays written in English. From time to time, they present quite enjoyable and polished musical theatre offerings. Tickets at Drachengasse are easy to book online or by phone.

Sometimes German musical theatre features English subtitles, no doubt catering to tourists and expatriate residents. Check what’s on at Volksoper, Ronacher, and Raimund and Kammerspiele. Even without English subtitles – if you are a musical theatre fan – you can always go along to a German production to test how much your German has improved. That’s how I learned that Kiss me Kate’s “Too Darn Hot” translates as “Es ist viel zu heiss”. Children’s theatre in Vienna is also a good way to hone your German comprehension, especially with tales you already know.

And don’t forget Vienna Festwochen in May/June each year – theatre from around the world, worth exploring in whatever language. Using the filter for languages and see what comes up.

If all else fails, remember Shakespeare’s advice: all the world’s a stage … and all the men and women (in Vienna) merely players …