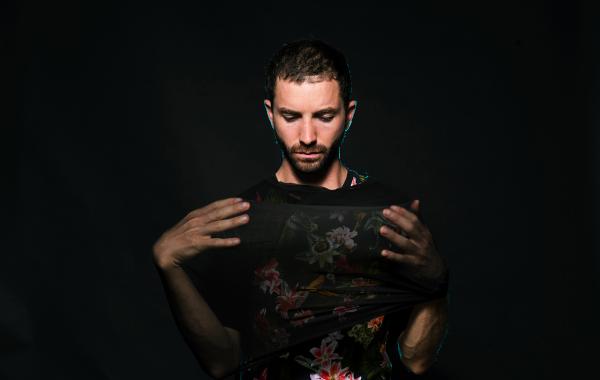 Live in concert (and in colour!), Simon Mayer and the artists of Kopf hoch will play the courtyard of brut nordwest. Their open-air concert will mark the finale of a three-day series of events entitled Colourful Greyzones in co-operation with Brunnenpassage. Simon Mayer and the other artists will present songs inspired by proximity, distance, and colourful grey areas. The set list includes numbers from previous works of Kopf hoch, new original compositions, and spontaneous improvisations immersing the summer night in radiant colours of sound.

Come a little bit closer as Simon Mayer and his companions from ten years of joint artistic creation fill the special place between distance and proximity with colourful areas. They will push open the doors and windows to let some fresh air back into life. In co-operation with brut Wien and Brunnenpassage, Colourful Greyzones will paint the pandemic grey in lively colours by way of three artistic interventions in public space and open-air formats: Intimate one-on-one concerts, performative reviews and previews, exercises in couples and solo dance, interactive sign dates and a lot more will lure the audience outside and create open spaces to meet and play.

Simon Mayer is a performer, choreographer, and musician. He studied at the Vienna State Opera’s ballet school and the Performing Arts, Research and Training Studios (P.A.R.T.S.) in Brussels and he was a member of the Vienna State Opera Ballet. After participating in productions by the likes of Anne Teresa de Keersmaeker/ROSAS, Wim Vandekeybus and Zita Swoon as a dancer, choreographer and musician, he has been a recurring guest in the brut programme with his internationally touring productions SunBengSitting, Sons of Sissy, Being Moved, and Oh Magic. In addition to his artistic work, Simon Mayer is a curator, workshop, and seminar teacher for contemporary, community, and traditional dance and a guest lecturer at the Music and Arts University of the City of Vienna and the HFMDK in Frankfurt.
http://www.simonmayer.at/