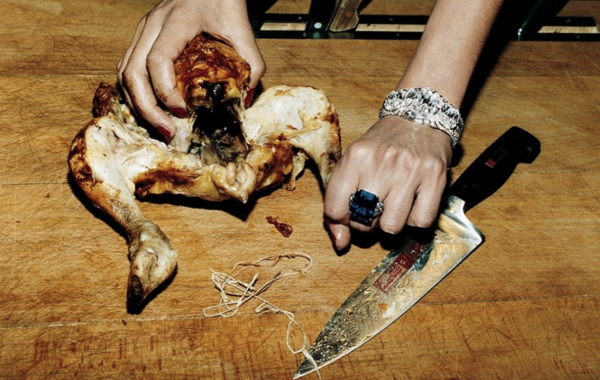 With the retrospective Helmut Newton Legacy, the Kunstforum will be celebrating the Berlin photographer’s hundredth birthday (1920–2004) – delayed because of corona, but all the more comprehensive, with 300 or more works that document Newton’s complete oeuvre.

Newton, a controversial figure who has never ceased to fascinate and provoke, is primarily renowned for his photos of women: powerful, aggressive, self-assertive – naked and dressed – they challenge the viewer. His photos have been published countless times, circulated through magazines – their iconic character has impressed itself on our collective visual memory.

In actual fact, Newton’s career developed first and foremost through his fashion photography – which is the focus of this exhibition. In 1938, being Jewish, he fled from the Nazis to Australia, where he began to photograph fashion. Newton blazed the trail to his inimitable style in 1960s Paris by staging his models in shrill theatrical settings, out of the luxury- and eccentricity-governed haute couture scene conjuring up a situation of uncanniness and ambivalence.

Newton first started photographing nudes in the 1980s. With his sharply delineated, over-lifesize models in their almost belligerent nakedness, its sexuality self-confident and energy-charged in impact, Newton probed social and moral limits, and today still – or, most of all, once more – challenges us to formulate anew the issues that preoccupy us.

The exhibition presents Newton with iconic photos, also with works that have never been on show before. Therefore, they spotlight lesser-known aspects from Newton’s world and direct our view onto a complete oeuvre that hovers between the charged polarities of art and commerce, reflecting the volatile zeitgeist of the 1960s and continuing to around the turn of the millennium.