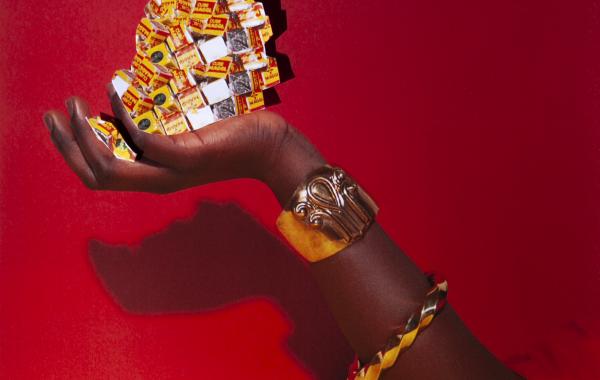 "… of bread, wine, cars, security and peace" is the first exhibition WHW have curated since taking over the directorship of Kunsthalle Wien. This international group show is intended to provide an idea of the collective’s artistic and political interests, and to present some of the many artists who have inspired their work over the years. At the same time it serves as an introduction to the general orientation of the program which WHW will develop in the course of the next five years.

At the beginning of the 2000s, Lebanese writer Bilal Khbeiz described the unattainable dreams of a “good life” for people in the Global South – in contrast to the Western world – with “bread, wine, cars, security and peace” (Globalization and the Manufacture of Transient Events, Beirut: Ashkal Alwan, 2003). Almost two decades later, it seems that these basics are escaping more and more people, even those living in places where they were taken for granted: climate change puts the continuation of life on earth under question, ecological destruction gathers pace, and faith in the benevolence of capitalism was broken by the 2008 crash.

Presenting works by artists of different generations, the exhibition, which takes place at both venues of Kunsthalle Wien – Museumsquartier and Karlsplatz –, offers perspectives on the “good life” to suggest real alternatives to the perpetuation of ruinous economic violence and monstrous social forms. Critical, constructive, and imaginative voices act as faint signals of social change and new proposals of living together.