Ai Weiwei IN SEARCH OF HUMANITY 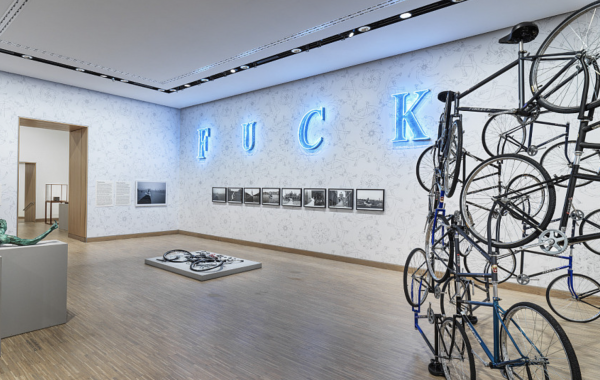 The ALBERTINA MODERN presents his most comprehensive retrospective to date. In Search of Humanity deals in depth with the aspects of humanity and artistic commentary on the work of Ai Weiwei. His earliest works were already characterized by an examination of his native China, where he experienced the effects of the Cultural Revolution as a child through the exile of his father, the great poet Ai Qing. As a young man in New York’s East Village in the 1980s, he witnessed and documented the protest movements there.

Back in Beijing, it was the immediate aftermath of the Tiananmen Square massacre to which he responded artistically. His outstretched middle finger, which he held up to well-known buildings as representative objects of power, thus denouncing injustices, ultimately became his trademark. Time and again, the artist addresses power structures and the mechanisms of exercising power, be it the destruction of cultural heritage as an expression of one’s own superiority or the exercise of manipulation, censorship, and surveillance by the state.

He unrelentingly takes a closer look wherever he sees freedom of expression and human rights in danger—from the Chinese government’s methods of intimidation and the threats to journalists and political activists to the protests in Hong Kong, the massive restrictions in Wuhan during the outbreak of the corona pandemic, and even his own detainment in 2011.