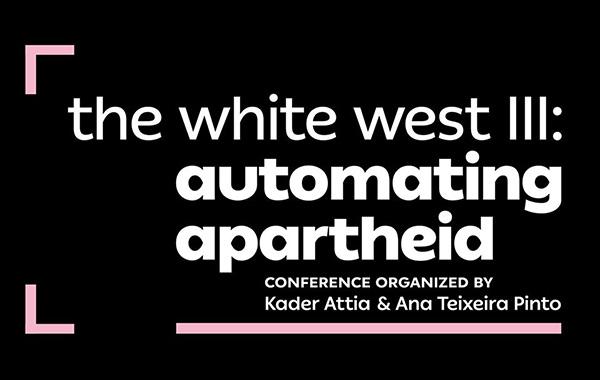 While the West indulges in fantasies of reverse colonization involving the subjugation of white people, the process of recolonization has been renewed with increased ferocity. Recent events in Bolivia, driven by the hunger for lithium, make apparent the structuring force of race in geopolitics, as well as the role of the digital economy in the production and reproduction of a new settler frontier.

In his famous essay “Discourse on Colonialism’ poet Aimé Césaire argued that what in Europe is called ’fascism’ is just colonial violence finding its way back home. “The White West III: Automating Apartheid“ is the third in a series of “White West“ conferences, devoted to theorizing the afterlife of fascism and the undertheorized relation of settler colonialism to fascism and National Socialism.

The conference is part of a collaborative series of events organized by the new teams running Kunsthalle Wien and Burgtheater. Three discursive formats are taking place in the framework of the program EUROPAMASCHINE (February–March 2020) at Kasino, leading up to the exhibition “... of bread, wine, cars, security and peace“ at Kunsthalle Wien, which will open on March 8th, 2020.