Spitzmaus Mummy in a Coffin and other Treasures 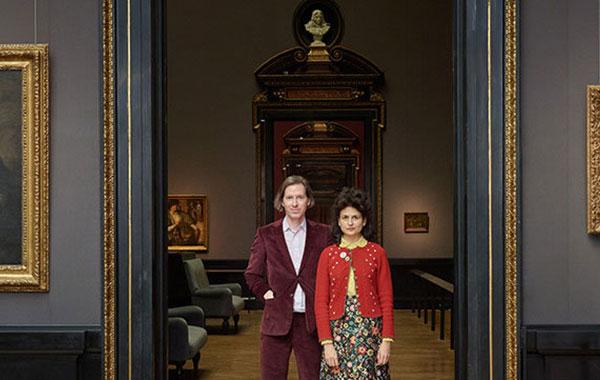 In 2012, the Kunsthistorisches Museum Vienna initiated a new seriesof exhibitions for which remarkable creative individuals are invited to present their own personal selections of objects drawn from the museum’s historical collections. The museum’s collections number more than four million objects, and span a period of five thousand years. The first exhibition, titled The Ancients Stole All Our Great Ideas, was selected and curated by the painter and draughtsman Ed Ruscha. This was followed in 2016 by the exhibition During the Night, selected and curated by the British ceramicist and writer Edmund de Waal.

The third instalment of the series, has been selected and curated by the filmmaker Wes Anderson and his partner, the writer and illustrator Juman Malouf. With assistancefrom the museum’s staff of curators and conservators, Anderson and Malouf have assembled more than 400 objects drawn from all fourteen of the museum’s historical collections. Among them are Egyptian, Greek and Roman antiquities, Old Master paintings, selections from the Kunstkammer and the Imperial Treasury, items from the Imperial Armoury, Coin Collection, and Collection of Historic Musical Instruments, as well as pieces from the Theatermuseum, the Weltmuseum, the Imperial Carriage Museum, and Schloss Ambras Innsbruck. A handful of special guests from the Natural History Museum are also included. Particular attention was given to the museum’s storage: more than 350 of the objects have been brought from depots, with many of them on public display for the very first time. The result is titled Spitzmaus Mummy in a Coffin and other Treasures. The gathering and arrangement of these treasures – from the earliest, a necklace of ceramic beads strung together in Ancient Egypt, to the most recent, a wooden monkey carved in Indonesia almost 5,000 years later – suggest the spectacular breadth, depth, history and complexity of the Kunsthistorisches Museum’s collections.