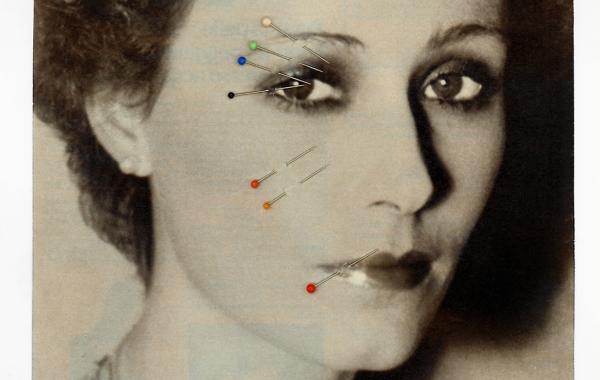 Since the 1970s, Sanja Iveković’s artistic practice has taken a clear feminist and activist position and has continuously confronted issues of gender and politics. Through her uncompromising manner of bringing together aesthetic and political investigations, she has influenced generations of artists and curators.

Iveković’s works often start from very personal settings and life circumstances, which are juxtaposed with official histories and mainstream depictions in order to explore representations of female identity, female history, violence against women, state oppression, and manifestations of ideology through mainstream media. While covering the wide range of subjects addressed by Iveković’s art practice, Works of Heart (1974–2022) looks into neglected histories of antifascism and socialism through the prism of her personal history, and it addresses one of the key concerns of her work—the relationship of history to contemporaneity.

The exhibition brings together works that span the artist’s prolific career: from early feminist pieces that focused on the relationship between mass media and ideology, created as part of the Nova umjetnička praksa [New Art Practice] movement in Yugoslavia, to her later projects that examined the transformation of Balkan countries from socialist to nationalist political systems, as well as ongoing projects such as Ženska kuća [Women’s House], which engages with a wide variety of issues related to violence against women, including the sex industry in Bangkok, honor killings in Turkey, and the impact of war in the former Yugoslavia.

Works of Heart (1974–2022) is retrospective in nature, but, at the same time, Iveković works here and now: her art wants to leave traces in reality; it has a performative power that strives for gender equality, anti-fascism, emancipation of collective memory, and solidarity.