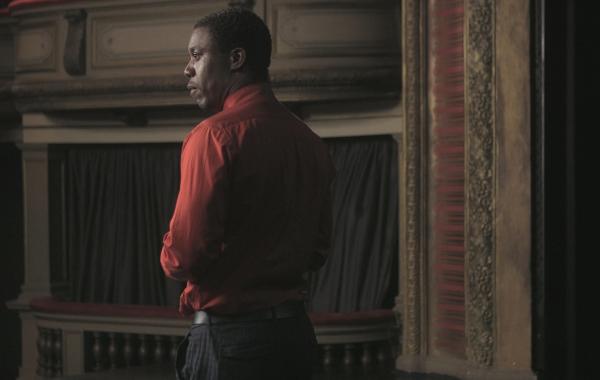 Peter Friedl’s multifaceted and stylistically heterogeneous works and projects in various media are meant to propose exemplary solutions to aesthetic problems related to our political and historical consciousness. Charting novel narrative models, they probe the construction and limitations of representation, employing conceptual strategies such as contextual transfers or the reinterpretation of genres from the history of modernism.

The exhibition Teatro at Kunsthalle Wien focuses on a series of recurrent themes in Friedl’s œuvre: model, language, history, translation, theatricality. Video pieces such as Report (2016), a film inspired by Franz Kafka’s Report for an Academy that premiered at documenta 14 (2017), appear side by side with the series Rehousing (2012–2018), in which architectural models serve as case studies for a mental geography of different forms and modalities of modernism. Works such as The Dramatist (Black Hamlet, Crazy Henry, Giulia, Toussaint) (2013) and Teatro Popular (2016–2017) likewise exemplify Friedl’s study of models as a register that allows for an abstract engagement with and critical response to society and its political and historical dimensions.