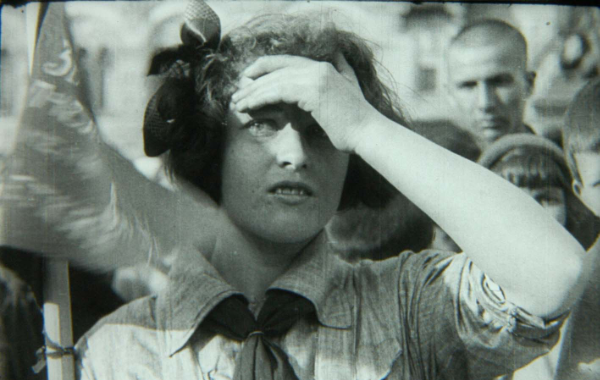 It is impossible to grasp Dziga Vertov’s film and theoretical work independently of the ideology of progress. If we accept that this ideology no longer carries the same force for the left, how are we to rethink Vertov’s work, more than 100 years after the 1917 Revolution? Is a Communist film practice possible absent some ideology of progress?

The progressivist ideology that shaped early Soviet culture had multiple sources. To be sure, some of those can be found in Marx, who wrote in Das Kapital, “capitalist production begets, with the inexorability of a natural process, its own negation.” We should not forget that ideologies of progress long predate Marxism, however, and find their roots in post-French Revolution liberal thought. Nonetheless, it can be argued that early Soviet culture articulated progressive hopes with particular persistence and intensity; attempted in many cases to abet their realization; and (therefore) must be reevaluated in the wake of the disappointment of those hopes. The films of Dziga Vertov offer a particularly fraught instance of a corpus difficult to assimilate in the wake of progress. This talk will both suggest several ways that Vertov might be re-read post-progress, while reflecting on the price that our political imaginations might have to pay for such a re-reading.