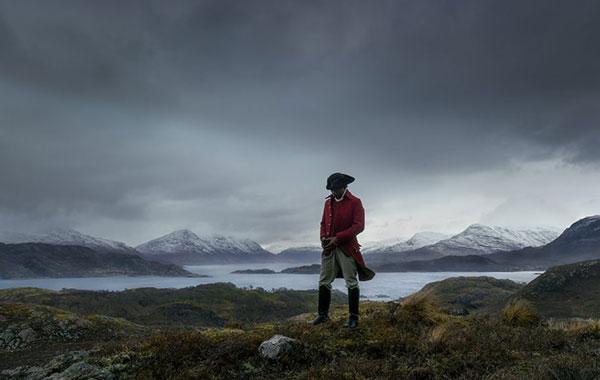 The filmmaker and screenwriter John Akomfrah’s atmospheric films probe the structure of memory, the diasporic experiences of migrants, and the historical, social, and political roots of post colonialism. A founding member of the influential Black Audio Film Collective (1982–1998), he continues to work with his long-term creative partners David Lawson and Lina Gopaul. Early on in his career, he established the multifaceted visual style of his filmic essays, for which he combines archival material from different periods of history, writings from literary and classical sources, and newly shot sequences in distinctive and poetic montages. His editing consistently defies monolithic narratives and historical chronology. Many of the artist’s immersive video installations are multichannel visual compositions, unfolding contrasts and dialogues between image and sound to explore the implications of various junctures and stories.

John Akomfrah was born in Accra, Ghana, in 1957 and lives in London.

Michael E. Smith makes sculptures, installations, object collages, and videos; he sometimes also creates interactive sound installations, conceiving of the gallery space he is working in as an active partner in the dialogical process of producing an exhibition.
His work sometimes prompts associations with environmental devastation and the disappearance of—human and animal—habitats. It touches on political and social experiences, ecological crises, consumption under capitalism, and the wasteful use of resources as well as violence, death, and social injustice. His art is informed by his roots in Detroit, a city that is ground zero for the decline of the American economy and working class, but has also long been home to a thriving and diverse music and alternative culture scene.

Michael E. Smith was born in Detroit in 1977 and lives and works in Providence, Rhode Island.