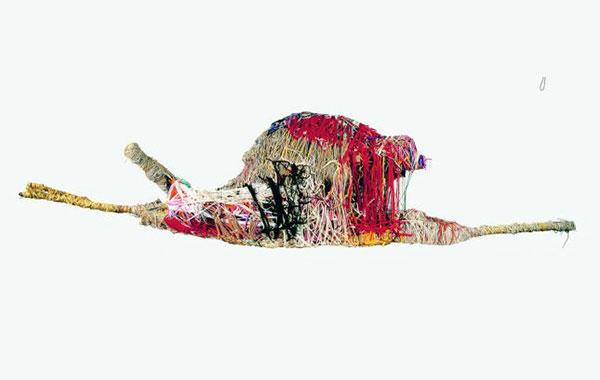 The discourse on Art Brut has gained extra dimensions in recent years. The term Art Brut now goes beyond an exclusive focus on works from psychiatric institutions and today also encompasses “mediumistic” artists (i.e., steered by a spirit), so-called “lone wolves”, and works by artists with disabilities.

Historical barriers between Art Brut and “high” art seem to be rapidly breaking down, aesthetic criteria are gaining in relevance over diagnostic interest and the artists’ “eccentricity”; what has been hidden or marginalised until now is being washed to the surface. For more than a decade, Art Brut museums have been mushrooming all over the world. Over and above this, Art Brut is being shifted more and more into the spotlight of the international art public.

More interest is also being given to women’s art

The corresponding contributions to biennials and a kind of market mania are manifestations of this, also on the female side of Art Brut.

A history of women’s art is always closely interwoven with the history of emancipation, and in the case of Art Brut the constellation is all the more precarious. For decades, exclusively male discoverers and propagandists of the genre – psychiatrists and artists – have addressed the work of creative women patients in a way that can only be described as a process of elimination. In the groundbreaking book “Die Bildnerei der Geisteskranken” (The Plastic Activity of the Mentally Ill) by the Heidelberg art historian and psychiatrist Hans Prinzhorn (1922), the chapter planned for the outstanding Else Blankenhorn was sacrificed to “the demands of budgetary cuts”. It was not until 2004 that the Prinzhorn Collection was reviewed from the perspective of gender-specific differences.

Also with regard to the “Haus der Künstler” (Artists’ House) in Gugging, everything revolved around a purely male department. It was only recently that occasional women artists were discovered from the era of Leo Navratil. However, Jean Dubuffet, the founder of the term “Art Brut”, did actually promote one woman artist: Aloïse Corbaz.

For the first time, the exhibition in the Bank Austria Kunstforum Wien is presenting a comprehensive show of the women artists of Art Brut, in all their diversity, their international relevance, their historical and contemporary dimension.

Because, as is valid everywhere and in art as well: only what can be seen, exists.