Zoë Schreckenberg - After Getting Up and Before Lying Down 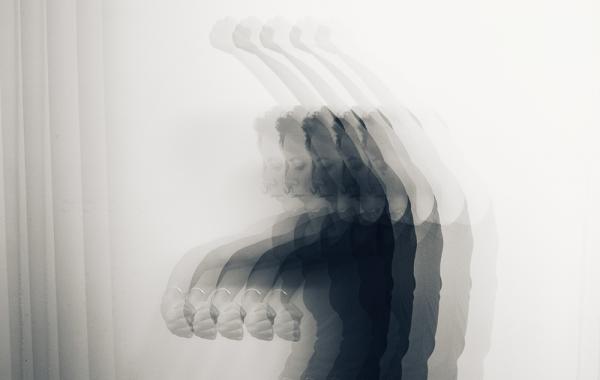 In her solo project After Getting Up and Before Lying Down, choreographer Zoë Schreckenberg analyses the perception and function of transitory phases. Her focus is on the moments in between: What do you feel shortly after arrival? What is your posture while you pour yourself a glass of water? How do you cross the street? What do think about while you wait?

People face moments of transition all the time – more or less consciously: at airports, train stations, in waiting rooms, in situations of decision-making, during a search process, while suffering a loss or while getting to know somebody. This performance experiments with such moments of transition by combining the main element of body movement with improvised electronic live sound and a sculptural set design. Zoë Schreckenberg’s goal is to notice the overlapping moments of time and the shifts in space they produce while exposing hidden, inconspicuous states of being.

By the time of imagetanz 2018, Zoë Schreckenberg was already dealing with the topic of transition and opened her working process as part of brut’s Handle with Care series. The results of said process can now be seen on stage in After Getting Up and Before Lying Down.

Zoë Schreckenberg is a film-maker, choreographer and dancer. She lives and works in Vienna and Paris. Her artistic work has its origins in body movement and film and is expressed in her audio-visual dance and performance art. Apart from contemporary dance, her training is mostly influenced by the Fighting Monkey Practice, by parkour, movie stunts and the Russian sparring art Systema. Zoë Schreckenberg holds a bachelor of art’s degree in theatre, film and media studies from the University of Vienna. After publishing her latest dance film KOHLE SAUER WASSER, she now lives at the Cité internationale des arts in Paris.