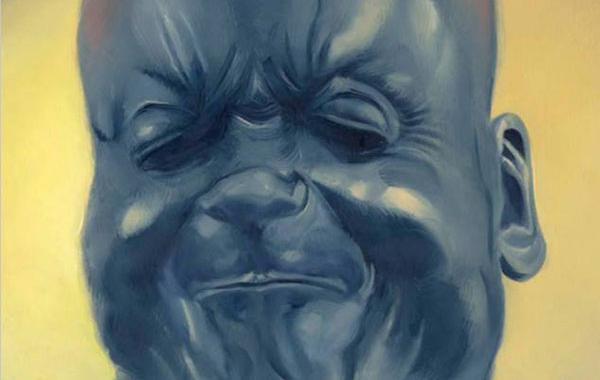 Fury, fear, lust – depictions of psychological extremes still exert a fascination on artists and viewers today. But in our “facial society,” what remains a valid form of (self-)portrait beyond the realm of Facebook and selfies? Using Messerschmidt’s famous Character Heads as a springboard, the exhibition at the Orangery takes a head on look at the human face.

A Dismal and Sinister Man – such work titles encapsulate the uniqueness of Messerschmidt’s so-called Character Heads. This eighteenth-century Austrian sculptor created a series of bizarre, sometimes bewildering busts, sixteen of which are in the Belvedere’s collection. The exhibition juxtaposes several of these with contemporary artworks that address extreme emotional states. What did artists want to show with their “headwork” based on their own or other people’s heads? It is about the distortion, transformation, and movement of heads and faces and their depiction.
The Belvedere’s exhibition asks questions based around categories such as the psyche, perception, and (self-)reflection – whether this is in Lutz Mommartz’s filmic portrayal of an artist like Joseph Beuys or in the way Maria Lassnig perceived herself in her paintings. While Miriam Cahn often references violent current events in her faces, Anna Artaker’s work explores the archaic impression of the death mask. This multimedia exhibition focuses not on the individual face but rather on how it is “processed,” and on the head as a (vital) body part. Videos by Douglas Gordon, Bruce Nauman, and Tony Oursler are presented besides photographs by Arnulf Rainer, who engaged directly with Messerschmidt’s heads.