Samara Hersch (Other) Ways of Being Together 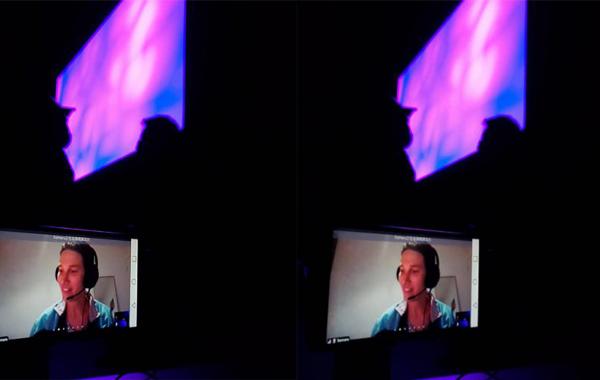 In her delicate work Body of Knowledge, artist Samara Hersch connected young Australians and people from Austria for intimate, straightforward dialogues, thus creating a framework for unique encounters that in many ways fell out of time and space. In preparation of her new work It’s Going to Get Dark, which also explores the possibilities of inter-human exchange, Samara Hersch gives a workshop at brut entitled (Other) Ways of Being Together. The workshop is about a participatory dialogue dealing with conversation as performance and the possibilities of intimacy, care, and listening across any distances or age differences.

Samara Hersch is an artist and director, whose practice explores the intersection between contemporary performance and social involvement. In doing so, Hersch examines the performativity of conversations and experiments with various artistic frameworks for encounters between non-professional performers and audiences. The three-hour workshop is open for anybody interested in exploring Samara Hersch’s practice of performativity and strategies of intimacy in conversations. In view of a cross-generational approach, we would like to particularly encourage adolescents and seniors to attend.

If you are interested in participating, please apply until May 22nd, 2022, exclusively by sending an e-mail to info@brut-wien.at.

Please include a few lines about your person (such as age and gender identity) as well as an urgent question that you believe should be discussed under all circumstances. Based on this information, the artist will be able to select a balanced group in case too many people apply.

Samara Hersch recently acquired her master at DAS Theater in Amsterdam. Her most recent work Body of Knowledge was presented at the Zurich Theater Spektakel, the Kampnagel International Summer Festival in Hamburg, BUDA in Kortrijk, the Spielart festival in Munich, Liveworks in Sydney, and the SICK! Festival in Manchester. She also presented her work For the Time Being at the Auawirleben festival in Bern, at the Kammerspiele in Munich, at far° fabrique des arts vivants in Nyon, and at Freespace, West Kowloon, Hongkong.

It’s Going to Get Dark is a co-production by brut Wien, Theatre Rotterdam, Hyperlocal – Performing Lines, Melbourne, and Major Festival Initiative, Melbourne. The residency and the workshop will take place as part of the EU project Be SpectACTive!, co-financed by the European Union’s Creative Europe programme.