Rolling Transition and the Role of Intellectuals 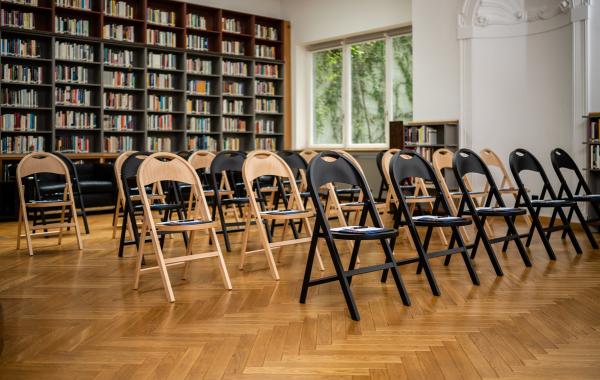 Book presentation of Rolling Transition and the Role of Intellectuals by András Bozóki (2022, CEU Press).
The model of rolling transition offers a new account of dissident intellectuals’ contribution to the literature of regime change. It claims that an incremental, nonviolent, elite-driven, negotiated political change in which the intellectuals played a disproportionately large role, follows neither the vanguard model, nor the New Class explanation. This was not a single event but a longer process in which the changing composition of participants mattered: The periodical movement replacement, splitting and reforming contributed to the peaceful nature of change.
The account focuses on the exceptionally influential political role of Hungarian intellectuals in the period of 1977 - 1994. It identifies five different periods in which different types of activists took the lead: the periods of 1) dissent, 2) open network building, 3) roundtable negotiations, 4) parliamentary politics, and 5) new pro-democracy initiatives. It was at once the constant renewal, a certain level of continuity, and the adaptation to changing circumstances that made them so effective in shaping Hungary’s political transition.
The book utilizes different methods – including 200 interviews with the key participants, theoretical analyses of intellectuals and cultural and political elites, an examination of the culture of critical discourse, and a historical overview of the major messages of dissidents in samizdat journals – which makes this book a result of interdisciplinary research at the crossroads of political science, history of ideas, and historical sociology.
András Bozóki is Professor of Political Science at the Central European University in Vienna. His main fields of research include democratization, political regimes, ideologies, Central European politics, and the role of intellectuals. His books include Post-Communist Transition, Intellectuals and Politics in Central Europe, The Roundtable Talks of 1989, Anarchism in Hungary, and several others. He was recurrent visiting professor at Columbia University (in 2004, 2009 and 2015). In 2009 he received the István Bibó Prize from the Hungarian Political Science Association. In 1989 he participated at the Roundtable Talks, and in 2005 - 2006 he was Minister of Culture of the Republic of Hungary.
Misha Glenny, IWM Rector, will be in discussion with the author.
Katherine Younger, IWM Permanent Fellow and Research Director of the Ukraine in European Dialogue program, will moderate the discussion.

In cooperation with CEU Press.