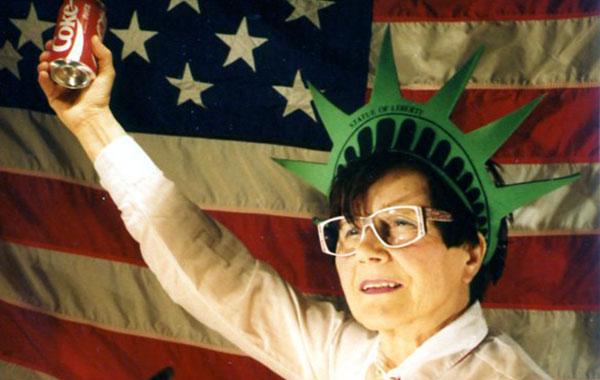 Maria Lassnig "It's the art yes ..." An approach by Sepp Dreissinger and Heike Schäfer

From 2001 until shortly before her end in May 2014, Sepp Dreissinger regularly visited the Austrian painter Maria Lassnig and accompanied her with the camera (photo and video).
The film documents the very personal approach of the photographer and filmmaker to the solo artist.

Maria Lassnig, born in Carinthia in 1919 and died in Vienna in 2014, gained worldwide recognition shortly before her death. Sepp Dreissinger and Heike Schäfer regularly accompanied the artist, who devoted her life to painting, to the camera over a period of almost 13 years.
Increasingly familiar encounters with Lassnig, conversations with friends, companions and connoisseurs reveal a multi-layered personality - and a young, restless spirit: open, skeptical, sometimes demanding, divasive, mischievous, self-deprecating but also desperate in the face of approaching death.
Ambivalences, which are also reflected in Lassnig's expressive images of the body. Her art is inscribed in the cultural memory - the haunting film portrait ensures that the subject behind it is not forgotten.

The program to get started in the "Maria Lassnig Jahr"
outdoor cinema
1.) "MARIA LASSNIG KANTATE" by Hubert Sielecki and Maria Lassnig 1992, animated film, 8 minutes
2.) "IT IS THE ART, JAJA ..." an approach by Sepp Dreissinger and Heike Schäfer, documentary, 2016, 45 minutes

The filmmakers are present.