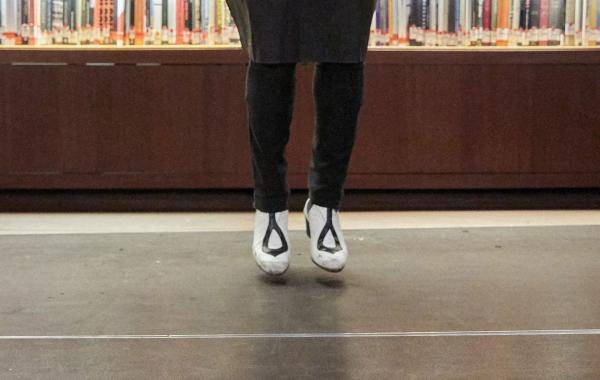 Who has succeeded in reformulating flamenco, adding elements of cross-dressing, bullfighting and the most diverse rituals from popular culture through to football to the mix, thereby carrying it over into 21st century? More than anybody else, this applies to Israel Galván, the most outstanding bailaor at present, who goes beyond just about everything that may be considered proper, handed-down folklore. This means not only boisterous dancing on the wooden ‘tablao’ (floor) of flamenco but also a new discovery of the possibilities of this exciting Andalusian dance. Galván already demonstrated what this means in FLA.CO.MEN at ImPulsTanz in 2016. Now the multi-award-winning star, who participated in the documenta 14 in Kassel in 2017, returns to Vienna to realise a very special project: a Radio Concert. He has always wanted to record his dance for a music CD, Galván says. Now this wish comes true at ImPulsTanz in Vienna’s Radiokulturhaus. A percussive party for dance and music aficionados is guaranteed!