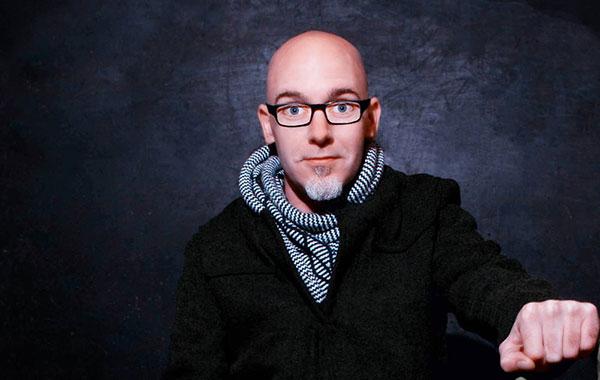 Vienna Chuckles is excited to present award-winning comedian Matt Davis as he retuns to Europe with his new show: BadFamiliar!

Matt Davis is an American comedian with over 20 years of experience performing in over 250+ cities in more than 40 countries! A comedian with a borderless approach to both material and touring that has taken him all over the globe! Davis has been selected by presitigious, global arts festivals (inluding "Just For Laughs Festival" in Montreal, Sketch Fest in Fan Francisco, KLICfest in Malaysia, and the Bengaluru Comedy Festival in India) and his short films have been features in collectives at the Film Dayton Festival, the LYAO Comedy Festival, and the Cincinatti Film Festival.

It's rare that Vienna gets to see such an experienced and accomplished comedian, so don't miss your chance to see Matt Davis live with his new show "Bad Familiar!" But don't just take our word for it:
★“Matt Davis killed it at Bengaluru Comedy Festival with his surprise special act!” -Live in Style, Bengaluru, India
★“Matt Davis brought tears to our eyes with his incredible solo show!” -Comedian’s Talk Malaysia, Kuala Lumpur, Malaysia
★“Left the audience roaring” -The Express Tribune, Karachi, Pakistan
★“Near constant peals of laughter” -UB Post, Ulan Bator, Mongolia

BadFamiliar: Live
The show follows the evolution of world-traveled, veteran performer Matt Davis’ ideas as they have developed while performing and traveling through over 250 cities across more than 40 countries.
Stitching together a personal narrative where he is often playing the fool, he jokes about even the largely accepted norms of language, nationality, and global or regional customs. A persistent foil to his own ideas, he offers up a studied cross-examination of his experiences as he hilariously tackles the underlying goal of this show: to dismiss the equation "familiar equals good."
“After slaying crowds last year in his Shanghai debut, he’s back again” -That’s Magazine, Shanghai, China
“Humour comes easy when it runs in your bones! Great show!” -StrayDog.in, Mumbai, India