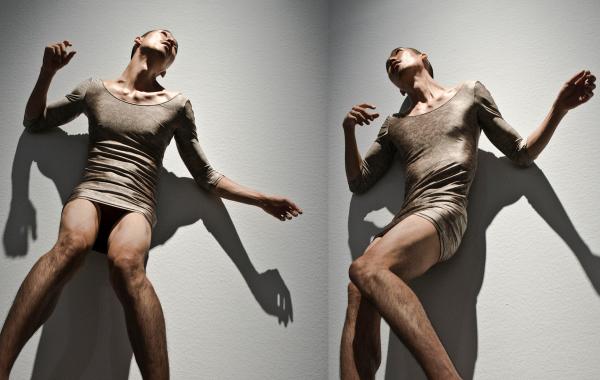 So the „Nouvelle Vague“ shimmers today, illuminated by a blue moon to the vibrations of the voice of the immortal Elvis: „You saw me standing alone“. In Liquid Loft’s latest piece, the attempts at autonomy from the previous work „Stand-Alones ( polyphony )“ are combined with the rapt atmosphere of Alain Resnais’ film „Last Year in Marienbad“ and Presley’s interpretation of a song that celebrates the longing for connection as the romance of being alone: „Blue Moon“. Last year at Leopold Museum at ImPulsTanz: Eight dancers from Liquid Loft created their own universes as stand-alones, each in their own museum space. They are only connected to each other by a sound system. Even before COVID-19, Liquid Loft has been dealing with distance. Now, with “BLUE MOON you saw ...“, the stand-alone characters are being further developed: In fleeting rituals and in search of lost cultural references, eight performers move through a reality without a past.