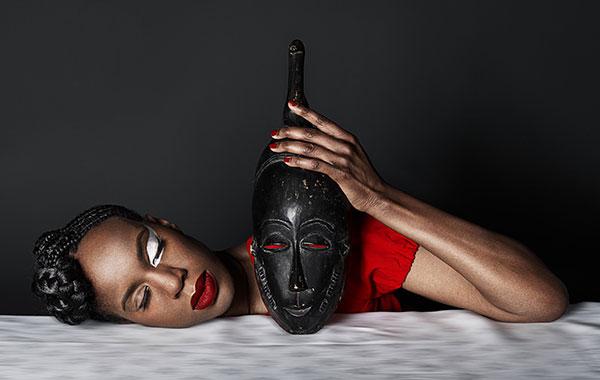 In the statement of the jury, which in 2019 consisted of Florentina Holzinger (artist), Astrid Peterle (curator Performance donaufestival), Katharina Brandl and Lena Lieselotte Schuster (both Kunstraum Niederoesterreich), the following was stated:

"What can a commitment to serious diversity in cultural institutions look like? What roles are artists assigned on the basis of their (racialized) identity, and what expectations are placed on their artistic work? Helena Eribenne addresses these questions in the performance "Woman to Woman II", in which she reflects and questions the conditions of visibility in the art field: in the award-winning project [...] she enters into a fictitious dialogue with her female, institutional counterpart, a white curator, which is carried musically and refers to Shirley Brown's Song "Woman to Woman" (1974). Helena Eribenne's award-winning performance promises [...] a throwback to the 1970s, while still underlining the current impact of intersectional mechanisms of exclusion in the art world.."

Born in London, Helena Eribenne has been an integral part of the Viennese art scene for many years. Her works are located at the interface between theatre, performance, film and photography and always stand in a socio-political context. For "Woman to Woman II" she transforms the exhibition space into a time machine to critically reflect on the contemporary representation and reception of female artists of color:

“Woman to Woman II is a throwback to 1974 with a 21st century attitude. From the visual impact of the performance, stage design and costume, what can we learn from a post-colonial perspective of black women? Is 'black art' a tradition that will not be broken with, much in keeping in line with the naked women in art spaces trope?" (Helena Eribenne)

The award-winning performance will be performed during the H13 awards ceremony on September 4 at 7 p.m at Kunstraum Niederoesterreich.

More of Helena Eribenne will be shown here from September 5 - September 14.