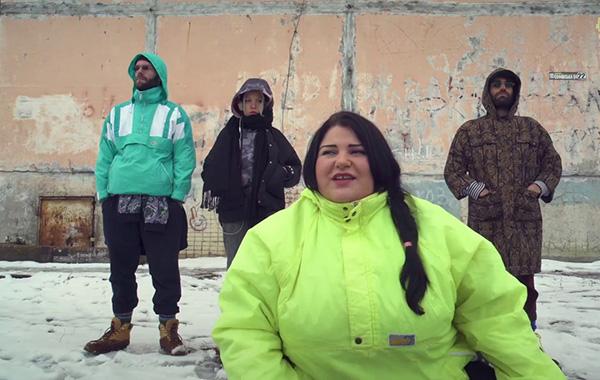 As you all might've already noticed, we were looking for a new generation that Femme Dmc wants to represent and empower for the near future. We were resourceful and can not wait to greet the new faces in October on our stage. We finally have our new self-produced soundtracks, which will be released in the run-up to the event.

As star guest for the evening we decided for the Ukrainian / Russian cannon Alyona Alyona.

It took only half a year for Alyona Savranenko, known by her stage name ALYONA ALYONA, to move from working in a kindergarten to receive the unofficial title of the best rapper in Ukraine and only 3 minutes to convince us.

The 27-year-old young star caught the rap bug as a teenager and has been writing songs ever since. But it was her music video "Rybky" ("Fish") released in October 2018 that made Alyona Alyona famous. The video became viral and the song made it to her first album, which was released on April 8.

The long piece entitled "Pushka" ("KANONE") is already praised by the music-oriented media not only in Ukraine and Russia but also worldwide.

"I was not heard," Alyona told the Kyiv Post. "I wanted to say, guys, look, despite my disadvantage, my character that you do not like, see what you can love me for," the rapper describes her album.