Antarctica. A Symposium on Alienation 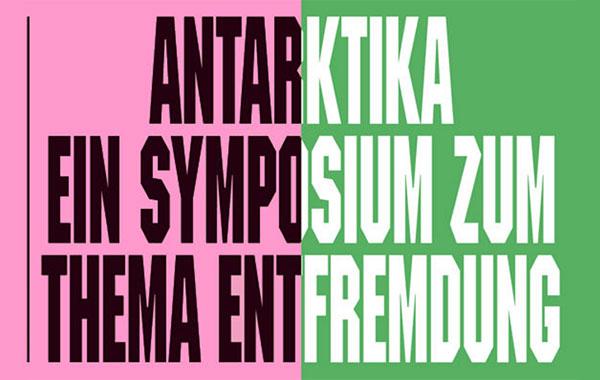 In a sketch for a film, Michelangelo Antonioni wrote: “The Antarctic glaciers are moving in our direction at a rate of three millimeters per year. Calculate when they’ll reach us. Anticipate, in a film, what will happen”. Anyone who knows Antonioni can guess what such a film would have been about; in the image of the polar desert, metaphorically condensed—a diagnosis as old as the modern age: alienation.

Today, climate research shows that an ice age is not to be expected. The polar ice caps are not expanding but shrinking. Similarly, beyond the climatic, signs point to a significant “warming”: Affectivity and creativity have superseded the primacy of “bourgeois coldness” (Adorno). Authenticity is the new cool. Has the diagnosis of alienation consequently become outdated?

As a prelude to the exhibition Antarctica. An Exhibition on Alienation, Tanzquartier Wien and Kunsthalle Wien organize a symposium on this term. The symposium aims to discuss and examine the (im/)plausibility of the concept of “alienation” today, and to engender a critical re-reading, with a view to its genealogy as well as its applicability to present-day political and aesthetic phenomena.

Program Thu 4/10
7 pm
Nina Power: Who is the Subject of Alienation?
Lecture

Can we still talk about alienation today? Outlining theories of post-, trans- and anti-humanism, this talk attempts to defend the usefulness of a concept of alienation, while simultaneously acknowledging the distance between us and Feuerbach and Marx’s nineteenth century use of the term.

Nina Power is a senior lecturer in Philosophy at Roehampton University in London. She writes articles about philosophy, art and politics for publications such as Frieze, Cabinet, Radical Philosophy and The Philosophers’ Magazine.

Apes, at least great apes are among the “almost human” animals. This “almost” has turned them into a surface onto which humans project their ideas of what it means to be human. At the beginning of the 20th century the chimpanzees Consul and Meshie lived among humans as humans and came to consider themselves human. Antonia Baehr and Latifa Laâbissi adopt their own apish identities – with no guarantee for historical accuracy. Hairy and morally free, insolent and shameless, these two human monkeys occupy Nadio Lauro’s visual installation, which is roughly and casually nested away from the stage in quiet little corners of theatres and museums. From two leather limousine seats, whose furry innards gradually spread into the room, Consul Baehr and Meshie Laâbissi exhibit themselves for 3 1/2 hours at a time while the audience is free to come and go.

Nadia Lauro is a visual artist and set designer. She has been developing her work for several decades in various contexts - scenic spaces, landscape architectures and museums.

Program Sat 6/10
3 pm
Presentation of the lab: On aesthetic strategies of defamiliarisation
More...