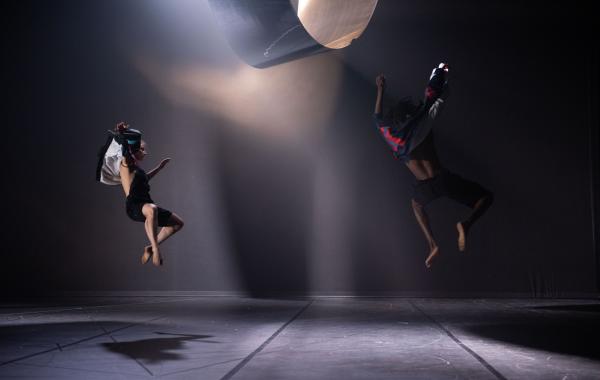 Very few artists investigate the relationship between dance and music, sound, space and movement structures so thoroughly and with such outstanding success as Belgian superstar Anne Teresa De Keersmaeker. Her choreographic examination of Johann Sebastian Bach is legendary: for example at Burgtheater Wien with Partita 2 (Sei solo) in 2013 or even back in 1994 with Toccata at Volkstheater Wien, her first of a total of 21 productions shown at ImPulsTanz, and most recently in The Goldberg Variations and The Six Brandenburg Concertos at the Wiener Festwochen – but she has also explored the work of Béla Bartók, Ludwig van Beethoven and Arnold Schönberg. The present piece revolves around the Bohemian baroque composer and violinist Heinrich Ignaz Franz Biber, or, more precisely, his Mysteriensonaten (Mystery Sonatas) or Rosenkranzsonaten (Rosary Sonatas). “There are works that push the boundaries of what can be done on an instrument: such as Bach’s Partitas, Liszt’s Études d’Execution Transcendante and Biber’s Mystery Sonatas”, De Keersmaeker says of this work. Six fantastic performers of her company Rosas dance to Biber’s exquisite sounds, played on a specially tuned violin (scordatura) by renowned violinist Amandine Beyer and her ensemble Gli Incogniti.