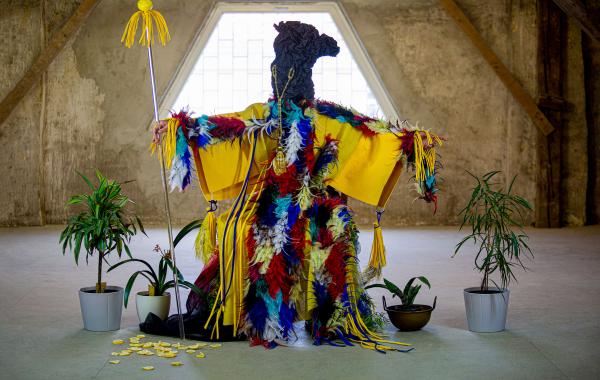 In 2015, she invented Lemonism – a performative toolbox with which she created works such as Lemonism x Japonism & Actionism to throw new light on some of the most important art ‘-isms’ of the 20th century. Akemi Takeya, a shining light on the Viennese dance and art scene for over 30 years, has worked with greats such as Granular Synthesis, Christian Fennesz, Ko Murobushi, Wolfgang Mitterer and Robert Dornhelm in her adopted country. Originally, she wanted to be a jazz singer, but she managed to make more of this childhood dream: the renowned choreographer, artist and dancer has also become a voice artist, who now stages a performative ritual in the world premiere of Schrei X8, which is inspired by artists such as Diamanda Galás, Joseph Beuys, Yoko Ono, Nina Simone and Laurie Anderson. Accompanied by dancer Evandro Pedroni and drummer Didi Kern, Akemi Takeya challenges ‘noise’ music and language to create a multimedia collage of her artistic potential.