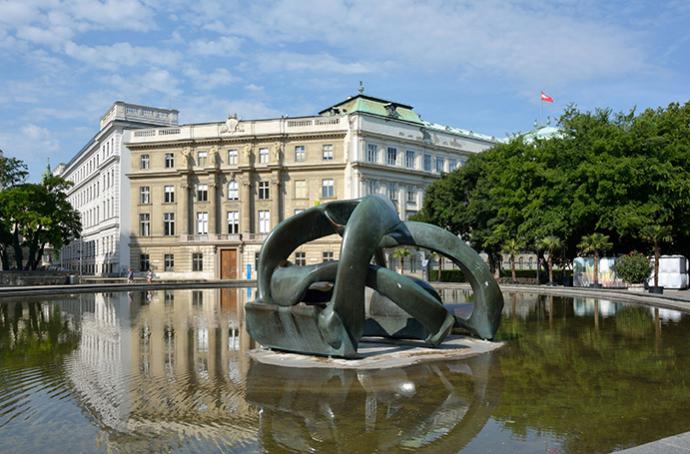 An important but often overlooked sculpture in Vienna can be found in front of the Karlskirche (St. Charles Cathedral) in the first district. In the middle of a shallow pool stands “Hill Arches” by Henry Moore, a sculpture composed for four interwoven bronze pieces.

The reason why “Hill Arches” is often forgotten is that it is not visible the whole year. In fall when it starts to get temperatures under zero degree Celsius, the water is drained from the basin and a wooden box is put over the sculpture to keep it save from the temperature and adventurous visitors of the Christmas market around the Karlskirche. Every spring the sculpture is unveiled anew and presents itself with most shinning surfaces. 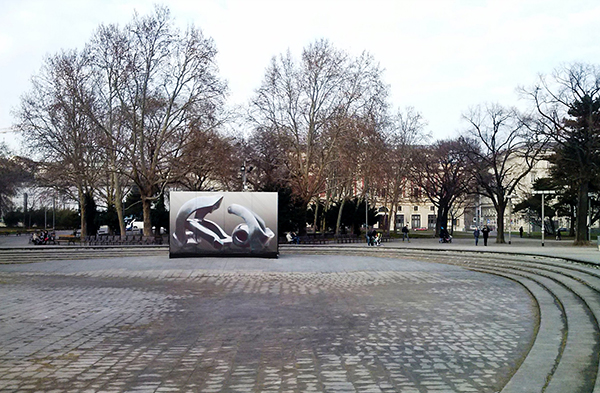 Henry Moore (1898 – 1986) was a British sculptor and artist known for his bronze sculpture work around the world. His pieces are usually abstraction suggestives of the female body and during the time of his wife’s pregnancy he concentrated his work on mother-and-child and family groups. During the 1950s, Moore received many commissions for bigger pieces and this shifted his focus to the spatial relationships between the different parts of his sculptures. His forms are generally pierced or contain hollow spaces to visualize the tension between solid mass and open space.

As Moore became increasingly famous, his sculptures became larger and more suited to be placed in public spaces. “Hill Arches” was originally conceived in 1973 to be placed at Moore’s residence but when the Danish landscape architect, Sven-Ingvar Anderson, designed the Viennese Karlsplatz, Henry Moore decided to gift the sculpture to the city of Vienna in 1977. Although there are many versions of this work around the world, its setting in front of the Karlskirche in Vienna is most the memorable. 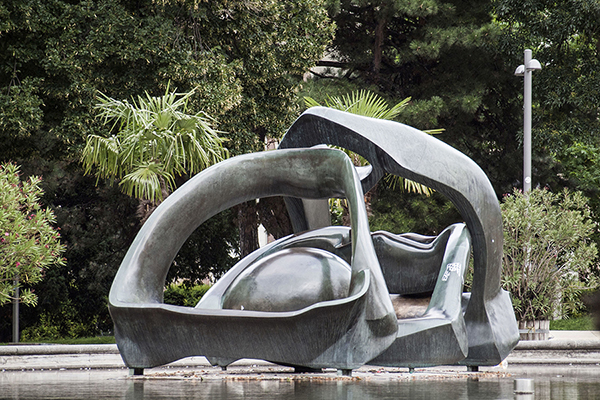 “Hill Arches” consists of four separate pieces that are wedged together tightly to create an interplay between mass and space. The sculpture is 5.5 meters long and 5.20 meters wide. The three arches are massive bronze shapes while the fourth piece is a hollow ball. As many of Moore’s sculptures, “Hill Arches” is open to interpretation. If you stand facing the church you will notice that there is a strong relationship between the external and the internal. The two arches on the side curve protectively inwards, over the ball and another arch. The inside arch seems to hold the outer up so that it balances on a corner. This part of the sculpture is often associated with a male figure, suggested by the bigger size and its more erect position, which lets it tower over the others and the more angular facades. On the other side the smaller arch is more rounded and smooth, curling over the not quite round ball. This element is thought as a mother with child, making the Arches an abstract family group. 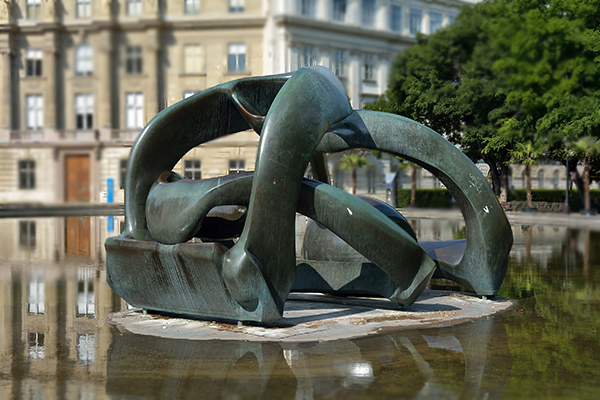 Moore also enjoyed playing with the material. While in many of his stone works he decided to leave parts unpolished and raw here he choose a time-consuming and difficult process to get the bronze as smooth as possible. While the sculpture keeps its angles and corners, the surface is polished to a shine and very smooth evoking a certain fluidity. This inert dynamic combined with his inspiration from nature makes his sculptures seem very harmonious in themselves and with their surroundings, to a point where “Hill Arches” does not catch ones eye easily.

Despite that or because of it, if you take the time to really look at the arches from different points of view, you will always discover something new in the relationship of the components between themselves and to their environment. A regular visitor will also discover, that the water and the weather are playing a large role in the perception of this artwork. The reflection shifts with the visitors viewpoint and the weather situation, painting the bronze in gleaming sunlight or bathing it in grey clouds. 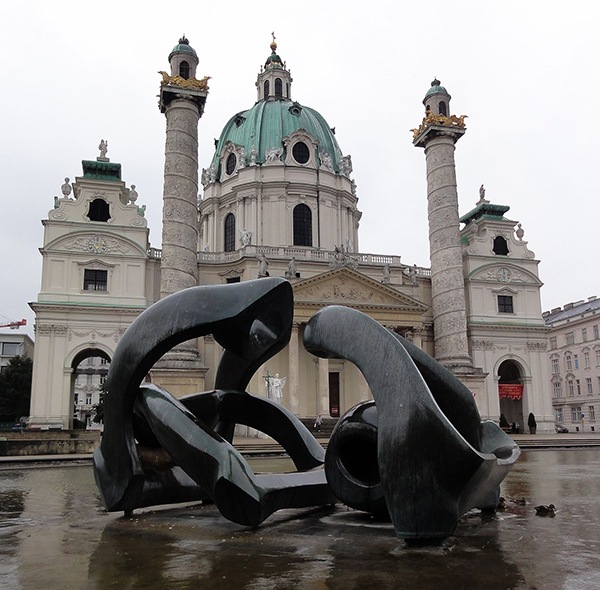 To enjoy music people are creating videos. From writemypapers.org services we can watch videos and can enjoy songs also. People are using latest techniques to create videos. People can use latest apps for amazing videos then they share on social media.