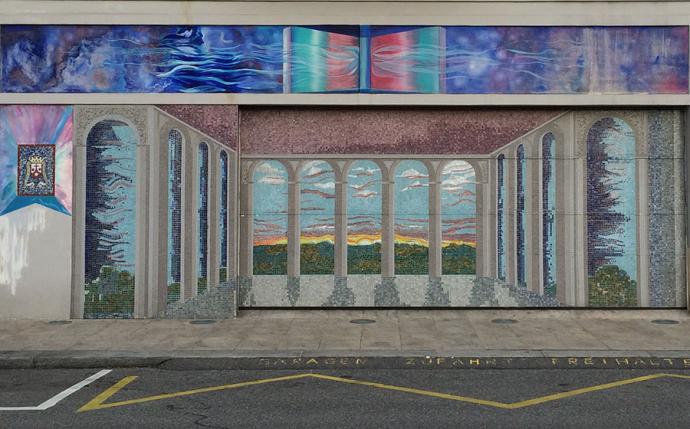 “Beauty can be boring but ugly never is.” This tag line made me join the Vienna Ugly: Architecture Tour hosted by urbanite Eugene Quinn at the beginning of the year. It was strangely reminiscent of a quirky question that has been circulating on the World Wide Web recently: Would you rather have a child that is boring, stupid or ugly? (waitbutwhy.com) The safe respondent usually chooses “boring”. However, once in a while, an enlightened mind articulates the absolute dread of producing boring offspring. The better alternative lies in having children who look so repulsive that people cannot stop talking about them. I am convinced that this prescient formula works equally well when applied to another offspring of Man: architecture. 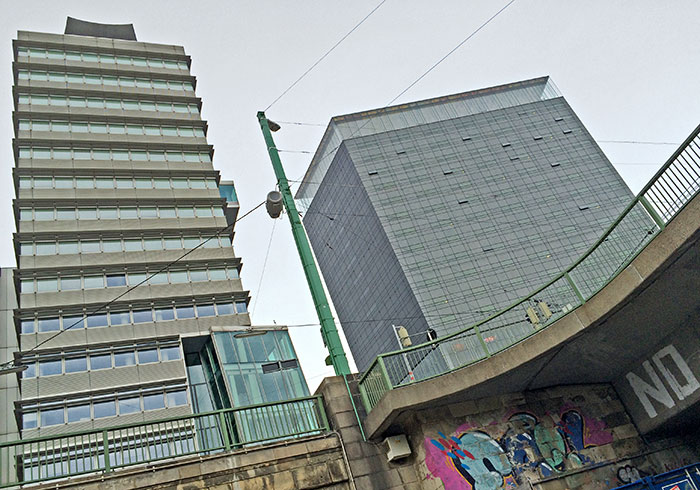 Ugly keeps people alert, especially if it tells a good story. For Mr. Quinn, architectural sins are a means to an end – that of getting people to actively question buildings that have a direct impact on them. Ironically, they provoke very different reactions at the moment. While frequently stigmatized by those who wish for old-time Vienna to reign supreme, these buildings are almost always ignored by tourists and locals.
Surrounding our guide at the front entrance of Augarten Park in the 2nd district, Mr. Quinn explains that architecture, like any piece of art, is meant for public display. People have a right to inquire and analyze the different architectural instances accompanying their daily life. 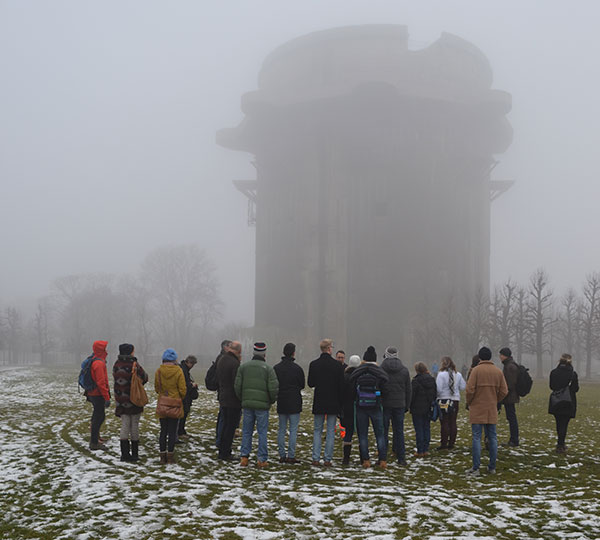 It is almost 11 a.m. and Leopoldstadt is covered in fog while it starts to drizzle. According to our guide, this is a reason to rejoice since bad weather emphasizes the point he is trying to make: buildings tend to look uglier on a rainy day. Mr. Quinn’s outfit apparently aims for a similar effect; wearing garbage collector pants while he leans a dirty, crumpled “Vienna Ugly” sign, in Comic Sans typeface, attached to a crooked tree branch against a metal guard rail. 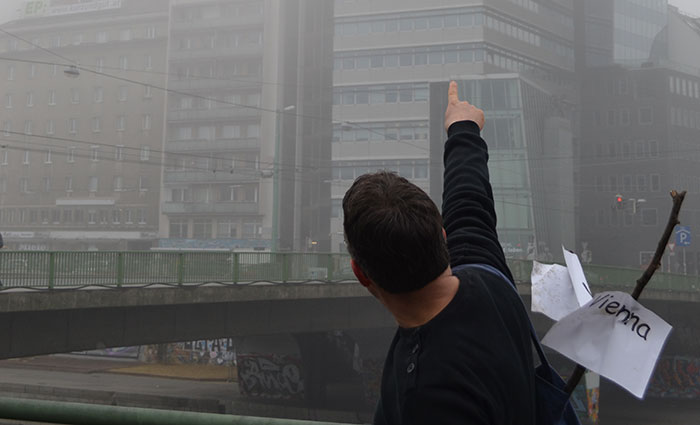 This experience lacks the constraint that sometimes surfaces with an official guided tour. As a mere architecture enthusiast and expat, our British guide can afford to make borderline statements without catering to agendas of greedy developers, the media and/or city planners. He has been repeatedly urged to abandon his Vienna Ugly quest and has even recently received a 380 E fine from the Marktamt for conducting an “illegal tour”. Approximately one thousand certified tour guides currently work in Vienna, and each of them is required to attend a two-year training program that costs 4600 E in order to gain this status. For Markus Grießler, chairman of the Tourism Division in the Vienna Chamber of Commerce, the hermetic system that excludes culture activists and interested people such as Eugene Quinn from the process of public debate and the struggle for innovation is nothing but a marker of quality. However, Mr. Quinn appears to remain persistent in showing people what he calls “the darker side” of the Austrian capital over the past year, organizing Vienna Ugly once a month. 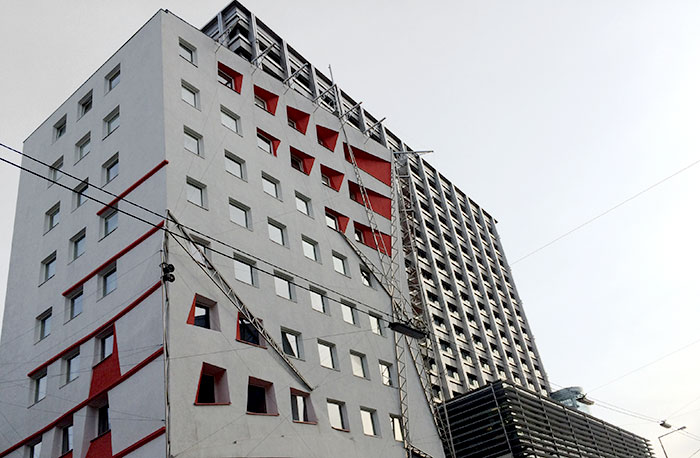 At the end of the tour, I felt sharper, smarter and fitter – after all, we did manage to complete about six kilometers on foot in very cold weather and on extremely slippery ground. As we said our long goodbyes, I was reminded of what Nobel laureate Mo Yan once remarked on about one of his visits abroad: “A writer should express criticism and indignation at the dark side of society and the ugliness of human nature, but we should not use one uniform expression.” Through this statement, he meant to defend those who speak out against the current state of affairs from the safety of their own homes while situated behind computer screens. Indeed, the idea of “taking to the streets” is usually associated nowadays with violent clashes and a certain loss of individual reasoning. The Vienna Ugly: Architecture Tour, in my opinion, is an exception to this rule. The violent dynamic attributed to the act of reclaiming the streets is in this case replaced with an astute, yet categorical view of Vienna rather than the more traditional golden tourist fantasy. Thus, the tour manages to use the city as a stage for debate about what constitutes contemporary urban life.

Check out the next opportunity to join the tour

Architecture is an art of conveying ideas and thoughts to others in a liberal way. The beauty of nature conveys in a better way that helps to create understanding. When there is a beauty there must be a mistake in the making of arts and crafts, no one is perfect except for God who creates a nature beautifully without making a single mistake. This essayhave writing service is all about positivist.

I enjoy walking tours too but never was lucky enough to go on something like that! I liked the distorted building by the way... Reminds me of houses I made of pro-papers.com paper as a child. What's ugly about it?

May be this can change the mind but I am sure that things like these can be really helpful especially when there are some dissertation writing service companies available.